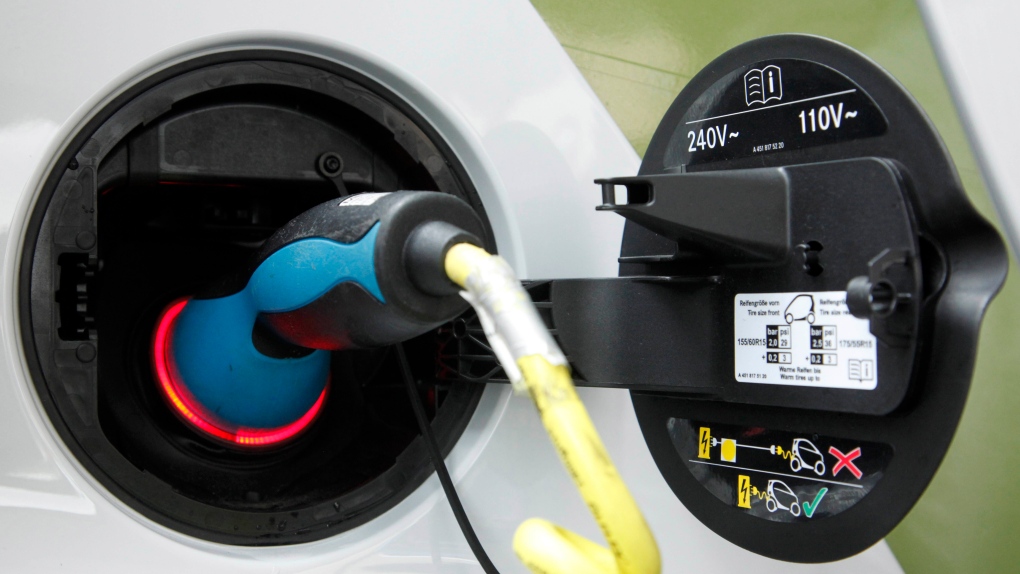 OTTAWA -- Electric car advocates are pushing Ottawa to put more money into its zero-emission vehicle rebate program, as the popular program is on track to run out of cash more than a year ahead of schedule.

Transport Canada data obtained by The Canadian Press this week shows 75 per cent of the $300-million program has already been spoken for, just 15 months into its three-year mandate.

"It's no surprise to me," said Daniel Breton, president of Electric Mobility Canada, a non-profit agency pushing for the electrification of transportation.

Electric car sales, as a share of overall vehicle purchases, have steadily grown from two per cent of all sales in 2018 to three per cent last year, and to almost four per cent in the first three months of 2020.

But the rate of uptake is heavily concentrated in just three provinces. Quebec and British Columbia, which have sales quotas for electric cars and provincial rebates on top of the federal one, together account for 86 per cent of all the rebates.

Ontario, which had a provincial rebate until 2019, accounted for another 12 per cent, with the remaining two per cent divided among the other seven provinces and the territories.

Breton said the additional provincial rebate makes buying electric cars more attractive in Quebec and B.C. but car makers are also shipping more electric cars there because their dealers have quotas for sales. Availability of electric models is limited, and many drivers have to wait weeks or months for one.

Electric Mobility Canada wants Ottawa to expand the program to include used cars and to increase the maximum purchase price of the cars that qualify for a rebate. SUVs and pickup trucks, which are more expensive, are set to come onto the market. In 2019, almost three in every four passenger vehicles sold were SUVs and pickups.

Cara Clairman, CEO of the non-profit advocacy group Plug'n Drive, says she hopes Ottawa will provide more money for rebates when the current allotment runs out because they are making a difference.

"I think we do need a few more years of it," she said. "You have to look at it as a climate-change program."

Breton is also looking for the rebates to be extended to used electric and hybrid vehicles, which are now more easy to find than new ones in many cases. A 10-per-cent rebate on the purchase of a used electric car was mentioned in the mandate letter for Innovation Minister Navdeep Bains last fall but has not yet been announced.

Transport Minister Marc Garneau was instructed in his mandate letter to do more to make the electric car sales quotas. Before the pandemic, he indicated he was looking at what more to do, including extending or expanding the rebate program. Something was expected in the March federal budget, delayed by the COVID-19 pandemic.

Garneau's spokeswoman was noncommittal Thursday when asked if the rebate program would be expanded.

"This specific program continues and consumers are able to make use of the incentive," Livia Belcea said in an email. "Any changes in funding for the program would be reviewed at the appropriate time and as needed."

This report by The Canadian Press was first published Aug. 20, 2020.