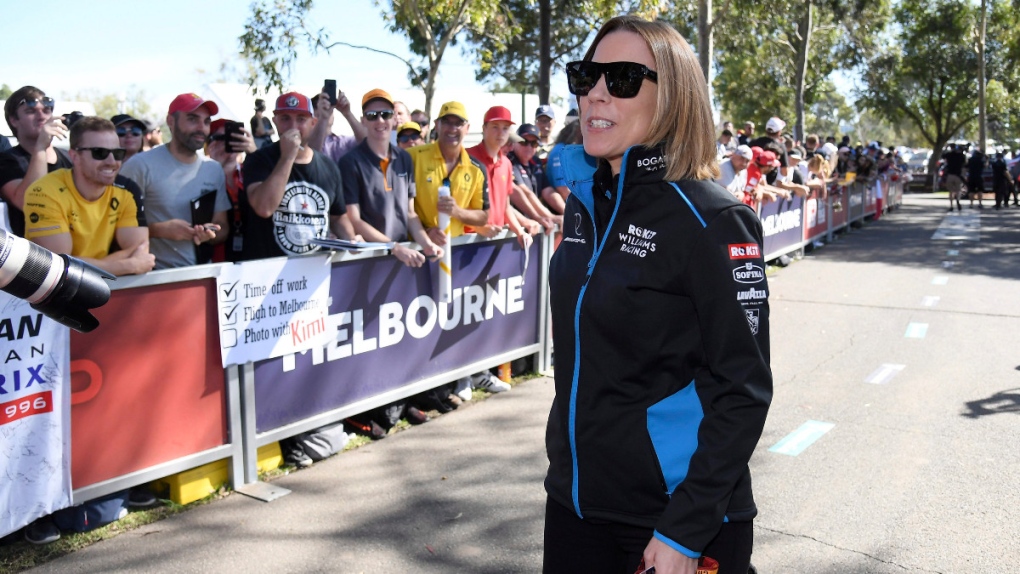 Claire Williams at the Australian Formula One Grand Prix in Melbourne, on March 12, 2020. (Andy Brownbill / AP)

GROVE, ENGLAND -- The Williams Formula One team appointed Simon Roberts as its acting team principal on Tuesday following the departure of Claire Williams.

She stepped down after last Sunday's Italian Grand Prix at Monza, bringing to an end more than 40 years of Williams family involvement. Her father Frank Williams co-founded the team in 1977.

They cut ties with the team following a change in ownership last month to American-based investment firm Dorilton Capital.

Formerly with the McLaren team, Roberts joined Williams this year as managing director.

"I look forward to the challenge ahead as we look to take the team back to the front of the grid," Roberts said.

The team did not say how long his transitional period would last.

Williams has won seven drivers' championships and nine constructors' titles, but the last of those came with Jacques Villeneuve behind the wheel in 1997.

The British-based team finished rock bottom in the constructors' standings in the past two seasons, and in 2019 scored only one point from Robert Kubica's 10th-place finish.

Williams is still on the bottom of the constructors' standings and is the only team not to score a point in the first eight races.