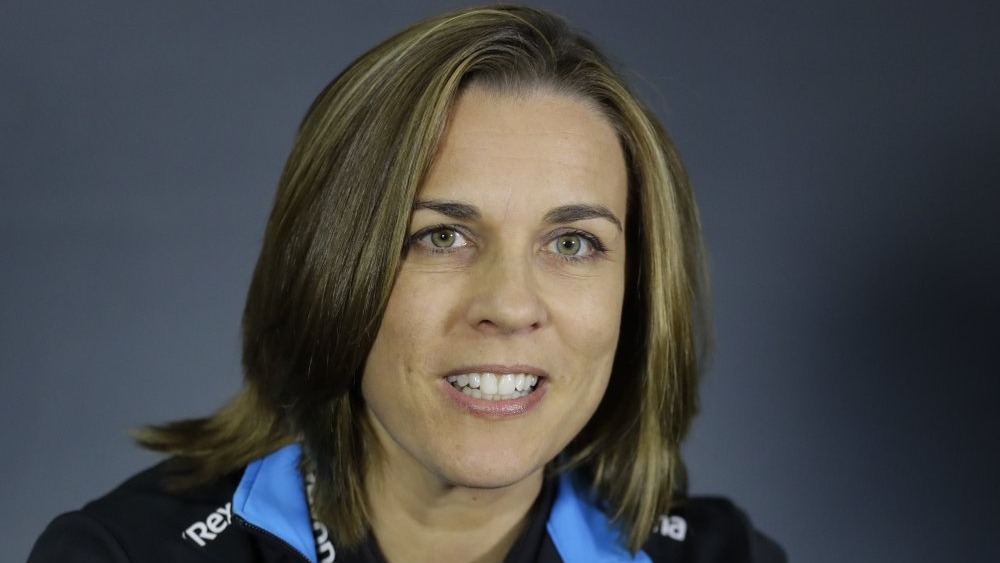 After more than 40 years running one of Formula One's most storied teams, the Williams family is stepping aside so that its new owners have a clear shot at reviving the team's fortunes.

Claire Williams, whose father co-founded the Williams F1 team, is stepping down as deputy team principal after this weekend's Italian Grand Prix.

The move follows the recent change in ownership to American-based investment firm Dorilton Capital, and means that the famed F1 family will cut its ties after 43 years and nearly 750 races.

"I have taken the decision to step away from the team in order to allow Dorilton a fresh start as the new owners. It has not been an easy decision but it's one I believe to be right for all involved," Williams said in a statement Thursday. "With the future of the team now secured, this feels like the appropriate time for us to step away from the sport."

The team was co-founded by Frank Williams, her father, and won seven drivers' championships and nine constructors' titles since entering the sport in 1977. However, the last of those came with Jacques Villeneuve behind the wheel in 1997.

The British-based team finished rock bottom in the constructors' standings in the past two seasons, and in 2019 scored only one point from Robert Kubica's 10th-place finish.

Williams has won 114 races, taken 128 pole positions and is the third-longest standing team in the history of the series.

"We have been in this sport for more than four decades. We are incredibly proud of our track record and the legacy we leave behind," Claire Williams said. "We have always been in it for the love of it, for the pure pleasure of going motor racing."

The new firm had wanted her to stay on.

"We are greatly appreciative of Dorilton's encouragement to continue, but in them we know the team will be in good hands and the Williams name will live on," she said. "This may be the end of an era for Williams as a family-run team, but it is the beginning of a new era for Williams Racing and we wish them much success in the future."

Dorilton Capital chairman Matthew Savage praised her for continuing her father's legacy and for her efforts in helping women play a greater part and receive more recognition in a male-dominated series.

"Claire's achievement in sustaining Williams Racing's heritage, relevance and commitment to innovation in a difficult environment since taking charge in 2013 has been nothing short of monumental," he said. "She has also been hugely instrumental in shaping a more level technical and financial playing field for F1."