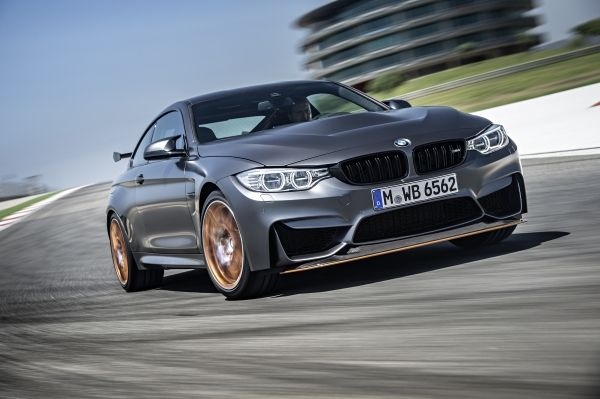 BMW has chosen the Tokyo motor show as the event for the global unveiling of its fastest, most potent and one of its most expensive, track-focused, road-legal sportscars in history, the M4 GTS.

At the Pebble Beach Concours d'Elegance back in August, BMW teased what it described as a conceptual hardcore take on the already fast M4 and at the end of this month when the Tokyo motor show opens its doors to the public, the car will have made the journey from prototype to road-going limited-edition reality.

The BMW M4 GTS is described as a technological showpiece and from its ingenious water injection system that fills the combustion chambers with vapor to reduce temperature and organically boost horsepower to its OLED rear lights (both production car world firsts) that's in little doubt.

But the 700 serious drivers that will be lucky enough to get behind its sports steering wheel and sit in its racing seats will care more about its vital statistics.

"We've taken a radical route with the set-up of the BMW M4 GTS to create a sports machine for the race track that delivers top-end dynamics and inspirational performance. It allows us to demonstrate what is possible today with a road-legal car. Owners can drive their BMW M4 GTS to circuits such as Spa-Francorchamps, the Nürburgring or Laguna Seca -- for clubsport events, for example -- and then set lap times there that raise the bar to extremely high levels for road-legal cars." said Frank van Meel, CEO of BMW M GmbH.

Despite being called the M4, the car was built to celebrate the 30th anniversary of the BMW M3. Two years ago, the company decided to give its coupés an even number and its sedans an odd number, so the three-door M3 is now known as the M4 and its sporty four-door sibling is now called the M3. This might lead to confusion, but what is abundantly clear is that this is the fastest road legal M3/M4 in the company's history. During testing, it lapped the aforementioned Nürburgring in 7 minutes and 28 seconds.

When the car goes on sale, prices will start at €165,000 making it almost twice as expensive as the company's flagship 7-Series sedan, which will be making its Asian premiere at the Tokyo motor show, alongside the second-generation X1 SUV and BMW's latest plug-in hybrid cars.

The Tokyo motor show opens its doors to the motoring press on October 28 and to the public on October 30 until November 8.