School's out forever: How to avoid RESP penalties if your child quits university 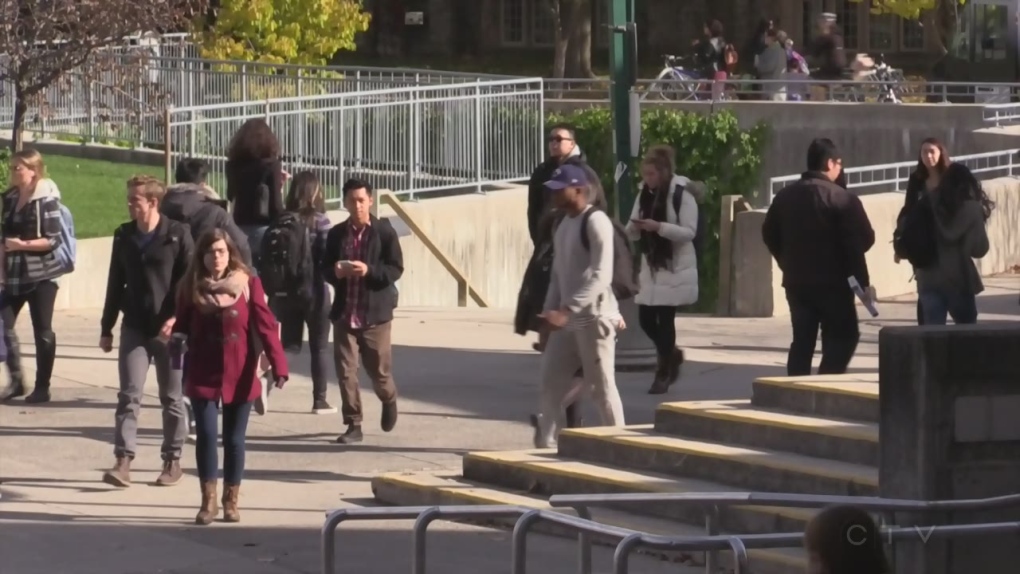 With lucrative government grants and tax-sheltering benefits, a Registered Education Savings Plan can play a substantial role in helping save for future schooling costs.

TORONTO -- Parents may dream of giving their children the best possible post-secondary education by setting up an RESP account, but if your son or daughter decides school is no longer in the cards, prepare for a big tax hit.

With lucrative government grants and tax-sheltering benefits, a Registered Education Savings Plan can play a substantial role in helping save for future schooling costs.

However, parents must also brace for the possibility that their child may quit college or university early, or choose not to attend at all, leaving them on the hook for significant penalties if they collapse the RESP without using it for its intended purpose.

While contributions to an RESP are yours free and clear if you cash out an account, federal grant money goes back to the government and any returns or interest earned will be taxed as income and subject to an additional 20 per cent of taxation.

If parents know one of their children won't be attending an accredited post-secondary educational institution, one option for holding onto more RESP-generated income is to transfer it to a brother or sister, says certified financial planner Annie Kvick.

"If one child doesn't need it, then hopefully there's other siblings that can get a part of it," says Kvick, who works with Money Coaches Canada in North Vancouver, B.C.

While RESP funds can be transferred if a sibling is part of the same family plan or in a different individual account, parents must not exceed the $7,200 lifetime Canada Education Savings Grant limit per child. That means if the transferred grant money plus any grant money the other sibling already received tops $7,200, the excess must be repaid to the government.

If transferring RESP funds between siblings isn't an option, there's no way to hold onto grant money. But it is possible to transfer any returns or interest earned within the RESP -- known as the accumulated income payment, or AIP -- into your or your spouse's RRSP account, says Tom Feigs, a Calgary-based certified financial planner.

If there is RRSP room available, the government allows people to transfer up to $50,000 of AIP earnings tax-free, provided the RESP account has been open at least 10 years and all beneficiaries of the account are at least 21 and not enrolled in post-secondary studies.

Rolling the money over into an RRSP also avoids the additional 20 per cent penalty tax.

If people don't have contribution room available in their RRSPs, Feigs says a strategy for working parents is to delay collapsing the RESP for a year or two while they build up more RRSP contribution room.

Another option is rolling over investment earnings from an RESP to a Registered Disability Savings Plan, provided certain requirements are met.

Feigs says many people don't realize that during the first 13 weeks of enrolment at an accredited post-secondary school you're limited to $5,000 of withdrawals, but after that there's no limits as to how much you can take out and for what purpose.

In the case of a child who, for instance, plans to abandon post-secondary education, leaving behind unused RESP income, Feigs's advice is to take out all of the money immediately if it is possible.

"It doesn't have to be a normalized or level withdrawal process," says Feigs.

While it will be fully taxable in the hands of a child, he says it will probably be more tax-friendly than if it were included in a parent's income.

Kvick stresses that before deciding to collapse an RESP early, parents must consider whether their child may change their mind about going on to post-secondary studies. If an RESP was opened the year the child was born, it can stay open until the end of the year they turn 35.

"They might have 15 years to collapse the RESP," Kvick says. "I think it's too early when they're 18 or 19 and (parents) start collapsing the plan."

School's out forever: How to avoid RESP penalties if your child quits university