TORONTO -- Canada is approaching 109,000 total cases of COVID-19, with more than 8,800 associated deaths. Here’s what else you need to know to start your day.

1. WE Day cancelled: WE Charity says it will undertake a "formal organizational review" and cancel all WE Day events for the "foreseeable future" after becoming embroiled in an ethics investigation involving Prime Minister Justin Trudeau.

2. Twitter hack: A sophisticated cyberattack hacked some of Twitter's most followed accounts Wednesday, in an attempt to scam millions of followers to click a dubious link asking for money.

3. Border stops: According to new data from the Canada Border Services Agency, more than 10,000 U.S. citizens have been turned away at the Canadian border during the pandemic.

4. Oxygen levels: A doctor in Ireland has made a video in which he wears six face masks at once in an attempt to debunk the notion that wearing one lowers a person’s oxygen levels.

5. Pass the test: While many educators welcome the prospect of a return to the classroom in September, others also expressed anxieties and concerns for it to be done in a safe and organized way to prevent future outbreaks of COVID-19.

Boy hero: A six-year-old Wyoming boy is being hailed as a hero after he protected his little sister from a dog attack and ended up needing 90 stitches to his face. 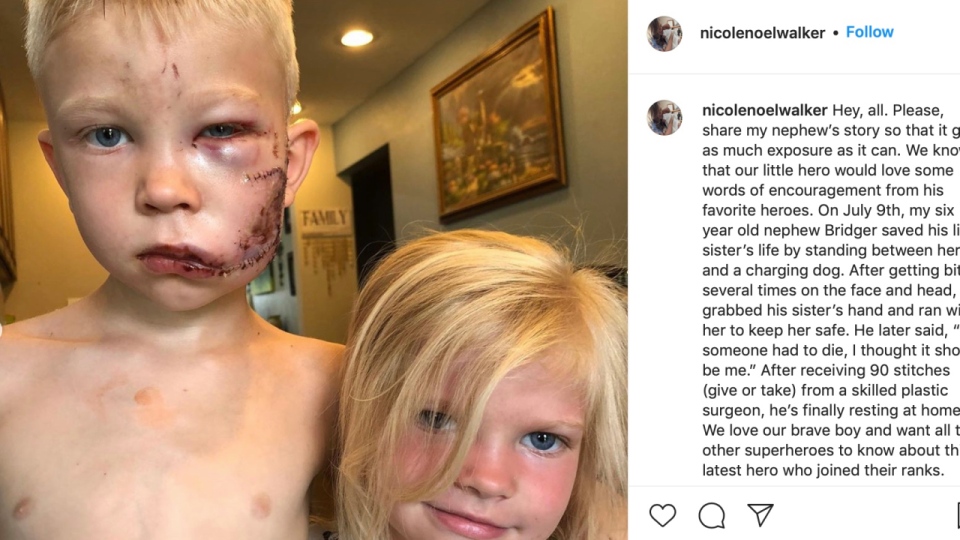