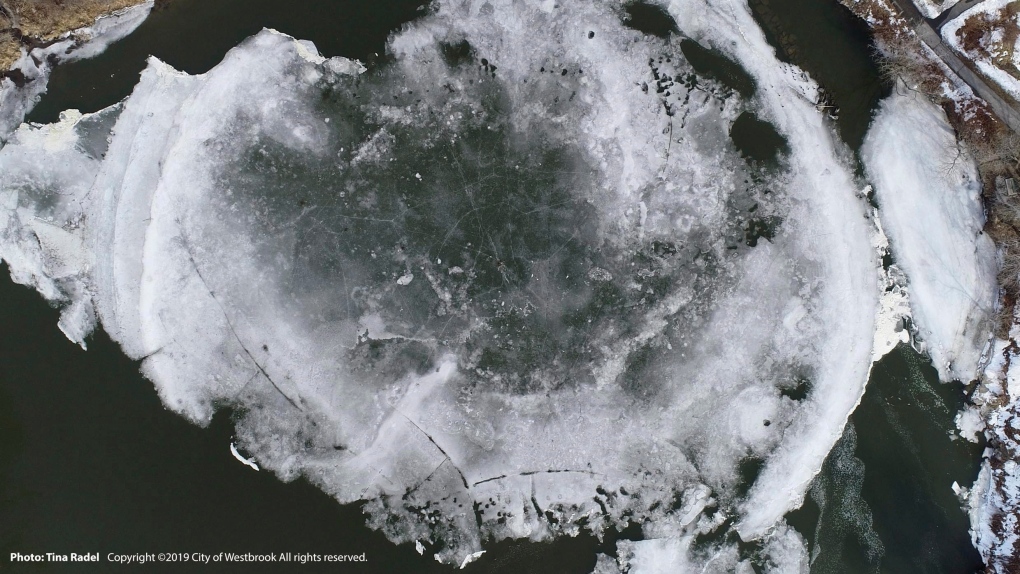 The Portland Press Herald reports the disk in the Presumpscot River has lost most of the shape and appearance that made it look like a blue moon.

Westbrook spokeswoman Tina Radel says that the disk was on the move Wednesday and that its "time may be limited."

It formed naturally where there is a circular current that creates a whirlpool effect.

Radel says a webcam set up by scientists from Brown University that provides time-lapse photography of the disk will remain in operation through the spring.