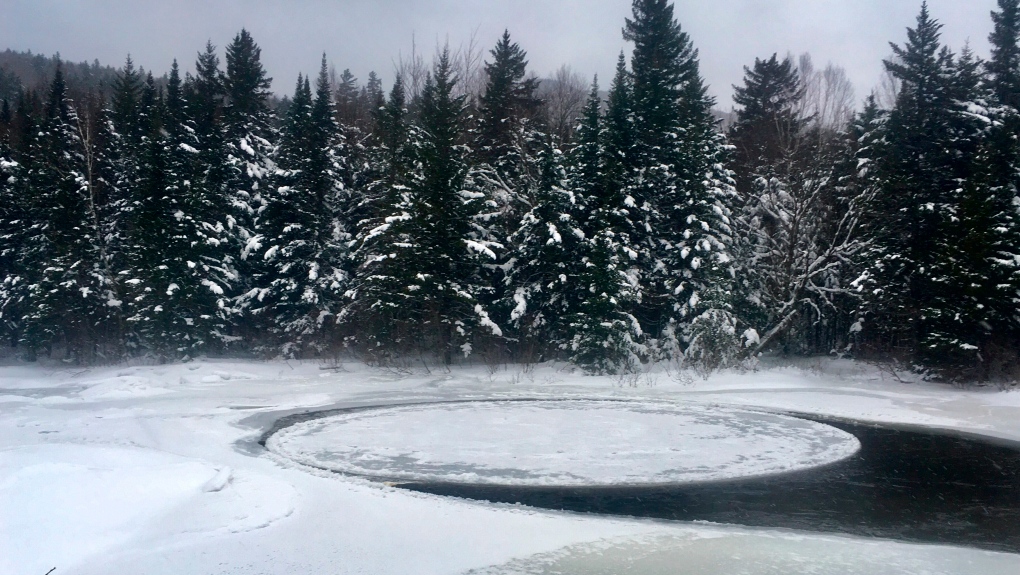 This Wednesday, Jan. 16, 2019 provided by David Loome shows an ice disk that's about 30 or 40 feet across at Baxter State Park in Millinocket, Maine. (Courtesy David Loome via AP)

MILLINOCKET, Maine -- The massive ice disk that formed on a Maine river has a baby brother.

Officials at Baxter State Park in northern Maine shared a photo of an ice disk that's about 30 or 40 feet wide, located in wilderness more than 200 miles north of much larger disk that formed in Westbrook.

Ranger Dave Loome said the perfect circle of ice stood out Wednesday when he cruised by Nesowdnehunk Stream on a snowmobile. He snapped a photo that went viral.

The first ice disk, about 100 yards wide, attracted international attention after it was spotted in the Presumpscot River in Westbrook.

Crowds were mesmerized as the naturally occurring disk spun slowly in Westbrook. It stopped once but a paddle-boarder managed to get it going again.

This story has been corrected to identify the ranger's last name as Loome, not Loomed