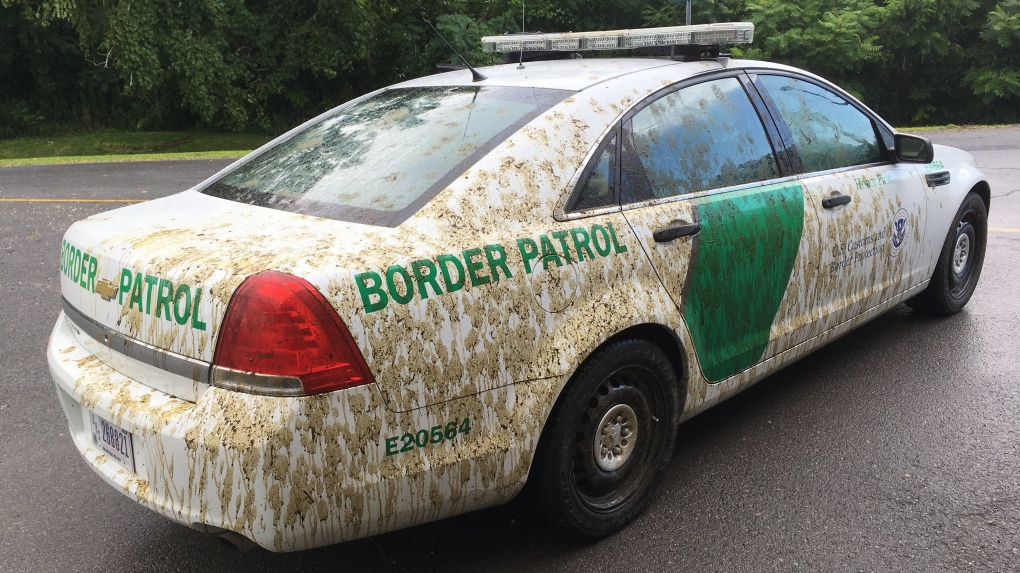 MONTPELIER, Vt. -- A man who says his livelihood in agriculture has been nearly ruined by people who entered the country illegally to work on local farms is facing charges he sprayed liquid manure on a marked U.S. Customs and Border Protection car after confronting an agent about immigration enforcement.

Mark Johnson is due in court Thursday in North Hero to answer charges of assault and disorderly conduct from the Aug. 3 spraying at the edge of a farm field about 2 miles (3 kilometres) south of the Canadian border.

Johnson, who does custom manure spreading, said he didn't know the border patrol agent was behind him when he turned on his spreader. But the spraying came after he asked the agent in the car why authorities weren't doing more to arrest immigrants who are in the country illegally and are working on Vermont farms.

Johnson, who's from Alburgh, said the agent was rude.

He said Wednesday he felt immigrant farm workers had hurt his business.

"I used to go to all these farms, spread liquid manure and help them with chopping and everything else," said Johnson, who's 53 years old. "Then the illegals started coming in, more and more and more, and every time I see the border patrol I stop and ask them, 'Can you please do something about it?"'

He said he's told by the agents they can't do anything about it.

Many Vermont farms rely on immigrant workers, some of whom are believed to be in the country illegally.

Customs and Border Protection spokeswoman Stephanie Malin said in an email the manure case is being handled by Vermont authorities. She said the border patrol focuses on the international border.

Immigration and Customs Enforcement is the primary agency responsible for enforcing immigration laws inside the United States.

Johnson said he'd seen a number of border patrol agents parked at different times near where he was spreading manure on Aug. 3. He said he spoke with one of them about his frustrations but thought the agent had left when he turned on the spreader.

He said he didn't realize what had happened until the sheriff's department arrived an hour or so later to cite him.

He said he would represent himself in court on Thursday.

The liquid manure spraying incident was first reported by the weekly newspaper The Islander.