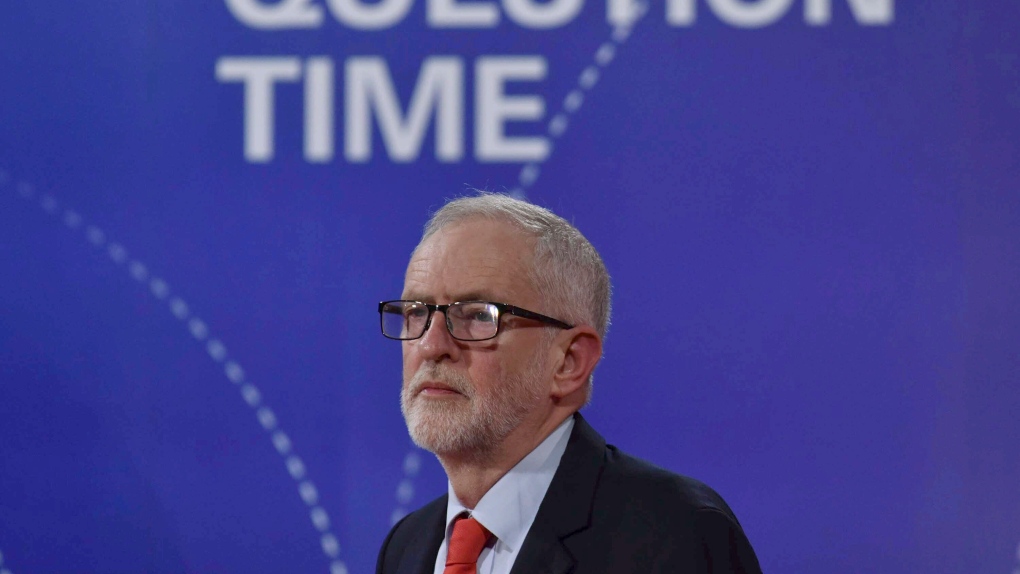 LONDON -- Labour Party leader Jeremy Corbyn is defending his decision to remain neutral in a possible future referendum on Britain's membership in the European Union.

Corbyn said Saturday that he plans to be an "honest broker" in a Brexit referendum rather than urge voters to remain in the EU or leave under terms of a new deal he would negotiate if he becomes prime minister after the Dec. 12 election.

He said at a campaign event in Sheffield that "my role as the Labour prime minister would be to ensure that is carried out in a fair way ... and that I will carry out the result of that referendum."

Corbyn announced Friday night he would be neutral, a position assailed Saturday by political rivals on both sides of the Brexit divide.

He had been repeatedly challenged by Prime Minister Boris Johnson to clarify his Brexit plan. Labour's position is more complex than the unabashedly pro-Brexit policy espoused by Johnson and his Conservatives, who seek to win parliamentary approval for the deal already negotiated in order to leave the EU by Jan. 31.

Corbyn says if he comes to power, Labour will negotiate a new deal with EU officials, then put that new deal to voters, who can choose between endorsing it or staying inside the 28-nation EU bloc. He says he plans to let voters decide the proposed referendum without him taking a position as prime minister.

That view was ridiculed on the campaign trail Saturday.

Liberal Democratic leader Jo Swinson called it a total abdication of the prime minister's responsibility. Her party has vowed to halt Brexit by revoking Article 50, which triggered Britain's withdrawal process.

Brexit Party leader Nigel Farage, who advocates an immediate, final break with the EU, said the Labour Party is "bombing" with voters because of Corbyn's vague position.

Johnson pushed for Britain to hold the December election, which is taking place more than two years early, in hopes of winning a majority and breaking Britain's political impasse over Brexit. All 650 seats in the House of Commons are up for grabs.