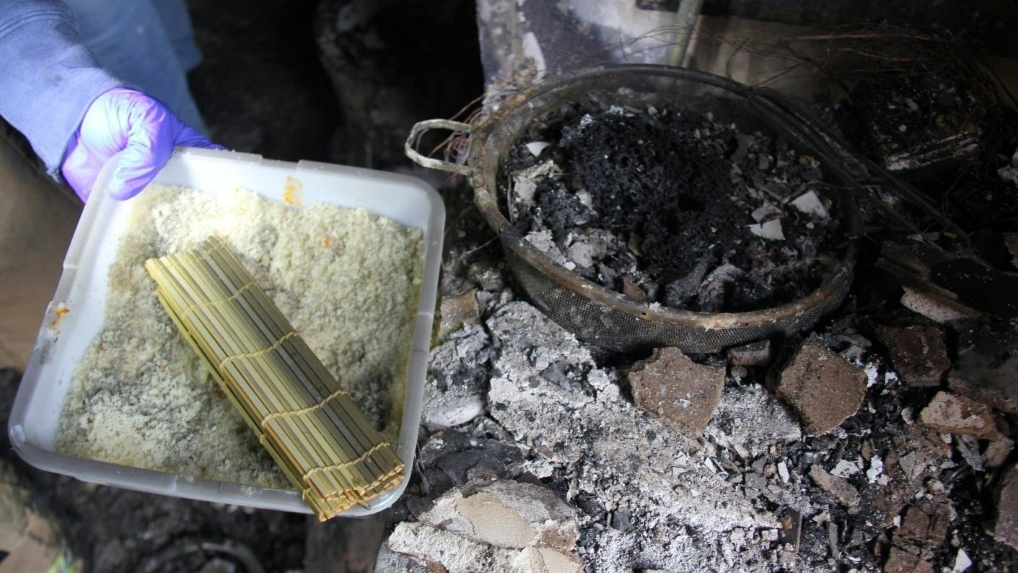 The remains of one of the Madison, Wisconsin sushi restaurants that was partially consumed by flames after an attempt to cook 'crunch' went wrong (AFP)

WASHINGTON, United States - A series of freak fires at sushi restaurants in the United States have been blamed on an unusual culprit: a deep-fried ingredient that, if not handled properly, spontaneously combusts.

Firefighters in the city of Madison, Wisconsin say two fires at local Japanese restaurants earlier this year were caused by chefs deep frying flour to make a tempura-like coating called "crunch," then leaving it to cool.

"Cooking oils, especially soybean oil and canola oil, are known to have a propensity to self-heat under certain circumstances," the Midwestern city's fire department said in a safety bulletin.

"Because the 'crunch' product is heated during the cooking process, then placed in a bowl or colander to cool and drain, the ability for the heat to dissipate is compromised. These conditions can create an environment for a fire to occur," the bulletin continued.

The two fires in Madison caused at least US$575,000 in damage, and investigators blame "crunch" for at least five other blazes that they're aware of.

Seeking to forestall future infernos, the fire department recommended spreading the ingredient out on a flat surface like a baking sheet to keep it from catching fire.