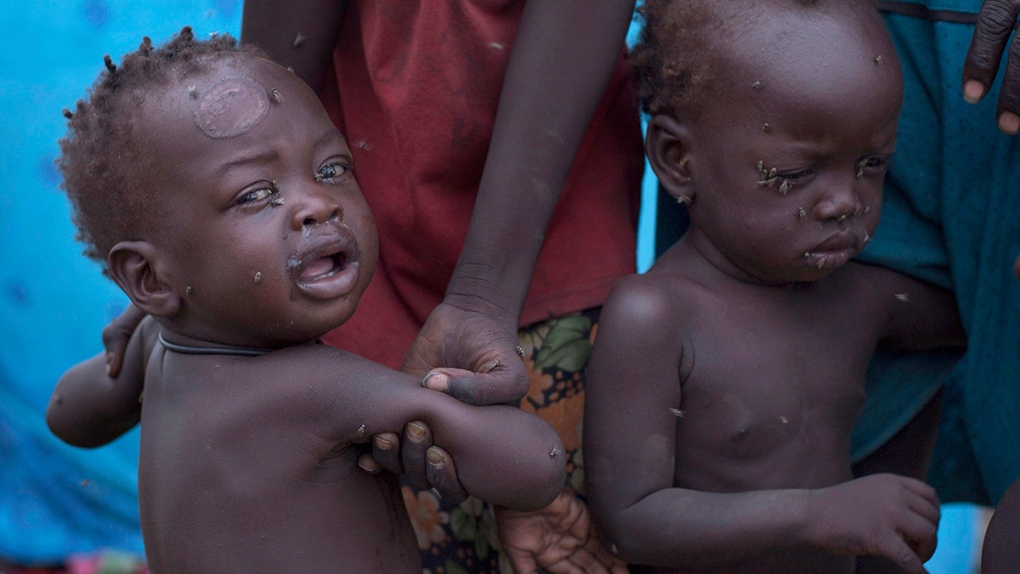 NAIROBI, Kenya -- South Sudan residents residing in a UN camp are living in knee-deep, sewage-contaminated floodwater, forcing some families to sleep standing up so they can hold their children out of the water, an aid group said Friday.

Doctors Without Borders said the conditions in the camp in Bentiu are "an affront to human dignity," and demanded that dry land within the camp be immediately made available for living space. The residents can't leave the camp because of fear that they could be killed outside.

The UN is housing nearly 100,000 people in South Sudan in bases that were not intended to house internally displaced persons. Ethnically targeted violence broke out last December, forcing more than 1 million people to flee their homes.

Human Rights Watch on Friday released a report documenting the killings of thousands of civilians since the conflict began in what the group called "extraordinary acts of cruelty that amount to war crimes." The group called on the UN to impose an arms embargo on South Sudan and place targeted sanctions on individuals "responsible for serious violations of international law."

"The crimes against civilians in South Sudan over the past months, including ethnic killings, will resonate for decades," said Daniel Bekele, Africa director at Human Rights Watch. "It is essential for both sides to end the cycle of violence against civilians immediately, and to acknowledge and support the need for justice."

Despite international pressure to end the violence, there is no end in sight to the conflict. Representatives of the government and rebels met for a fifth time in Ethiopia earlier this week for peace talks, but the rebels did not show up on the second day of talks, according to the regional bloc IGAD.

South Sudan Information Minister Michael Lueth said in a statement that the peace talks were doomed by "the fact that the opposition has wavered in their commitment."

President Salva Kiir, who was in Washington this week as part of the U.S.-Africa summit, told reporters while standing alongside U.S. Secretary of State John Kerry that the South Sudanese opposition leader, Riek Machar, is not in full control of the opposition fighters. Kiir said he wants peace soon.

"I will be happy because the people who are dying on both sides are my people," Kiir said. "I am an elected president, and the people who elected me were not from my tribe. I was elected by all the people of South Sudan. So other people die in support of Riek Machar or in my support -- these are all my people."

Kerry noted that the U.S. believes that Machar is responsible for having broken past cease-fire agreements the two sides have made.

Kerry said that South Sudan is the most "food-insecure" nation in the world, meaning it has more chronically hungry people than any other country. Experts have warned of the potential that a famine will hit the country because the violence did not allow residents to plant crops.