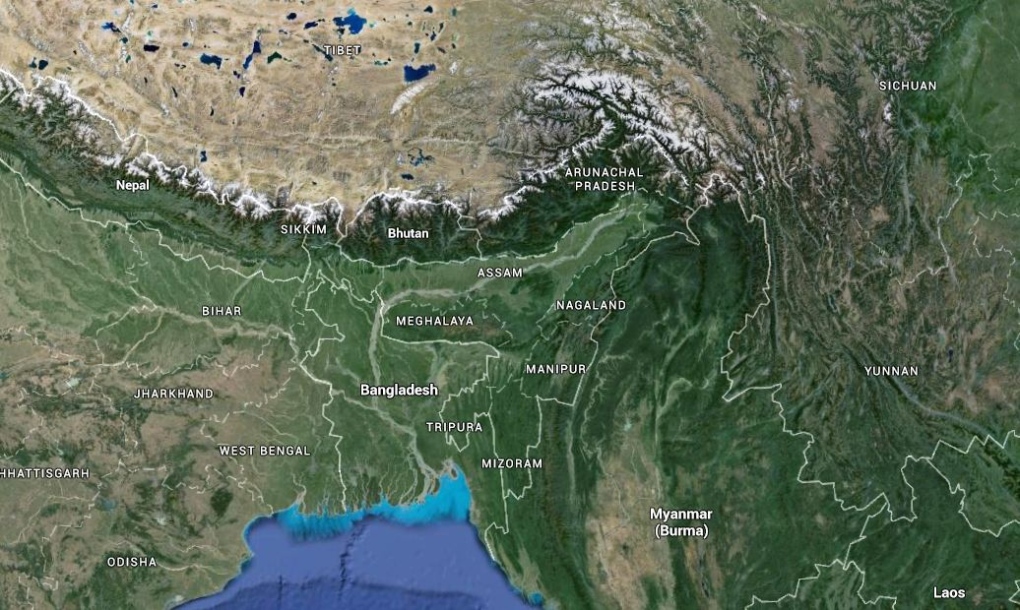 Bangladesh is shown in this screengrab from Google Maps.

It was not immediately clear if any villagers were still missing after large chunks of mud swept over thatched homes and settlements in three hilly districts on Monday.

Reports said scores of people were injured and the death toll could rise.

Military spokesman Rezaul Karim said several soldiers were killed while clearing debris and mud from a highway. Five injured soldiers were flown to a military hospital in Dhaka.

"Two officers and two soldiers have died, and two others remain missing in the incident," Karim said by telephone.

Rains that began early Monday had cleared by Tuesday, allowing rescuers to work faster in searching for survivors. But the firefighters, police and soldiers deployed to help were having trouble reaching some affected areas, said Reaz Ahmed, a senior disaster management official.

"The death toll could rise since many areas remain cut off," he said.

Bangladesh is in the middle of monsoon season but Monday's downpour was caused by a depression in the Bay of Bengal.

Officials said at least 35 were dead in Rangamati, one of the worst-hit districts, and 23 were killed in Chittagong. At least 10 others died in Bandarban, according to fire official Tarikul Islam.

Extensive devastation was reported in the region.

In Rangamati's remote Kawkhali area, one of the worst-hit, about 5,000 homes were either destroyed or damaged, police chief Addul Karim said. He said authorities opened six temporary shelters.

Bangladesh, a delta nation of 160 million people, is prone to natural disasters such as cyclones, floods and landslides. Many people in hilly regions ignore authorities' calls to avoid constructing homes on slopes.