Church Demographics: A Century of Change, a Shift to the Southern Hemisphere 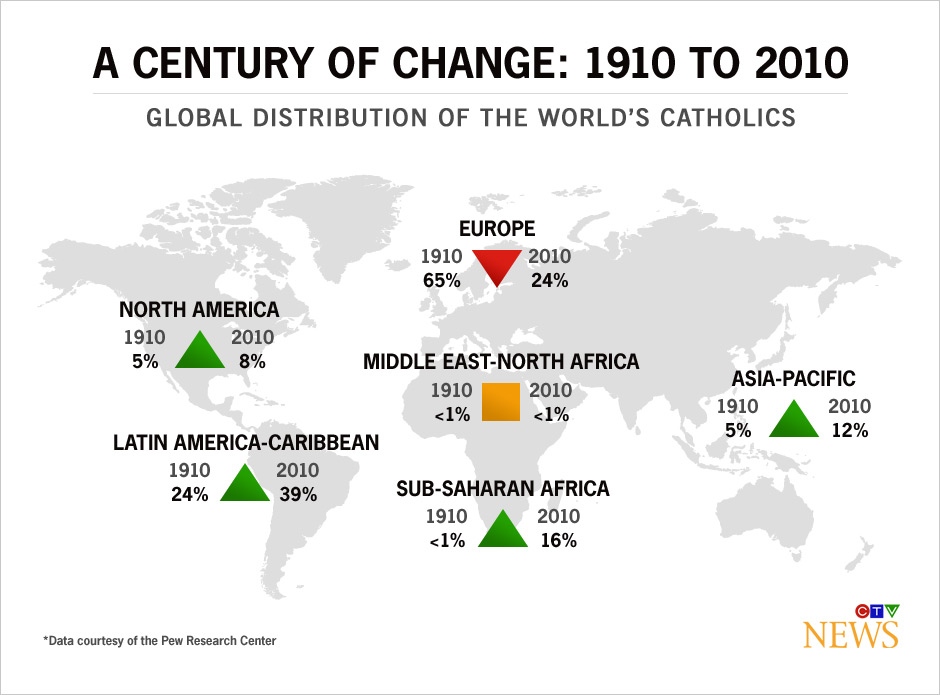 Bergoglio is the first pope from the Americas. His selection is a break from centuries of tradition, and a reflection of the church’s changing demographics.

According to data from the Pew Research Center, over the past 100 years Catholics have comprised a steady share of the world’s population: in 1910, approximately 17 per cent; and in 2010, 16 per cent.