Plastic or paper? Trump campaign weighs in on straw debate 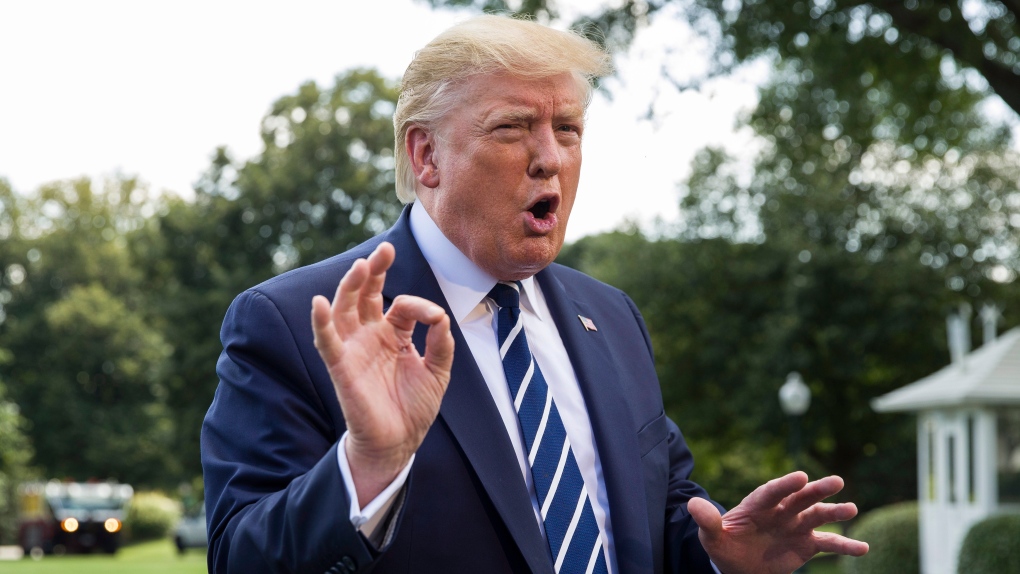 WASHINGTON -- The U.S. president and his reelection campaign are mocking efforts to replace plastic straws with paper ones and turning that disdain into a fundraising gimmick.

The president's 2020 campaign manager, Brad Parscale, tweeted that he was "so over paper straws. .LiberalProgress."

He said liberals would do the same to the economy: "Squeeze it until it doesn't work."

Later, Parscale tweeted a link to the campaign's online store, where supporters could buy a pack of 10 recyclable and laser engraved "Trump Straws" for $15. Sure enough, the site now says the straws have already sold out.

Some cities are banning plastic straws because of their impact on oceans. Over 8 million metric tons of plastic enter the ocean each year -- though plastic straws make up less than 1% of ocean waste.

Most recycling centres don't accept plastic straws because they're so small that they fall through the cracks of machinery at processing plants.

The president weighed in Friday when asked about the plastic straw debate before departing for New Jersey, saying, "I do think we have bigger problems than plastic straws."

He wasn't done though: "You know, it's interesting about plastic straws. So you have a little straw, but what about the plates, the wrappers and everything else that are much bigger? And they're made of the same material," Trump observed. "Everybody focuses on the straws. There's a lot of other things to focus. But it's an interesting question."