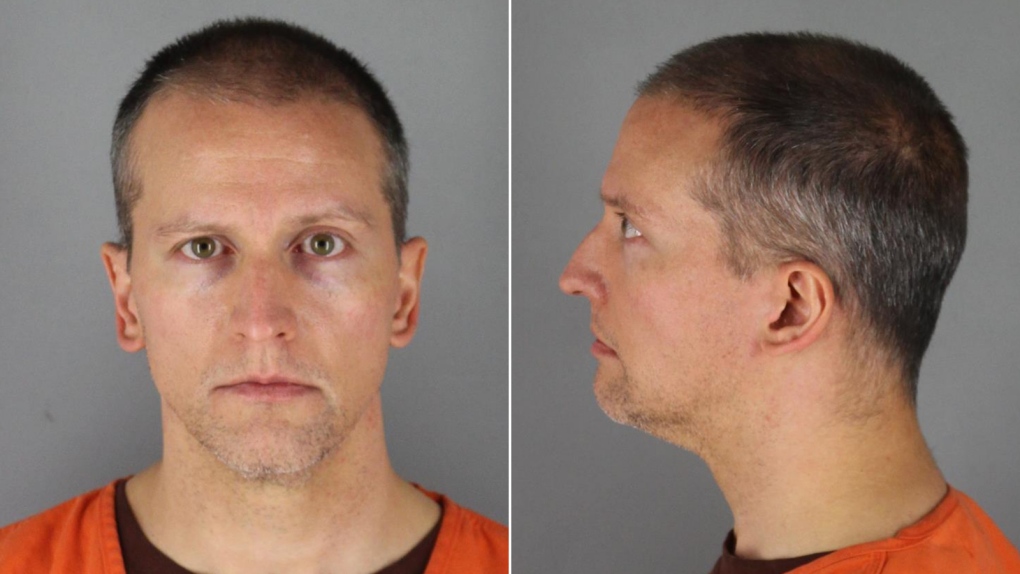 Former Minneapolis police officer Derek Chauvin could receive more than US$1 million in pension benefits during his retirement years even if he is convicted of killing George Floyd. (Hennepin County Sheriff's Office)

Former Minneapolis police officer Derek Chauvin could receive more than US$1 million in pension benefits during his retirement years even if he is convicted of killing George Floyd.

Chauvin has been the subject of national fury since last month, when footage emerged of him kneeling on Floyd's neck for nearly nine minutes as Floyd begged him to stop. He was quickly fired from the department where he had worked since 2001, and amid national protests, was eventually charged with second-degree murder. Three other officers involved with the incident were also fired and face felony charges.

But Chauvin still stands to benefit from a pension partially funded by taxpayers. While a number of state laws allow for the forfeiture of pensions for those employees convicted of felony crimes related to their work, this is not the case in Minnesota.

The Minnesota Public Employees Retirement Association confirmed to CNN that 44-year-old Chauvin would remain eligible to file for his pension as early as age 50, though it would not provide details on the specific amount he would receive. Chauvin's attorney declined to comment. Retirement plan officials said that employees terminated voluntarily or for cause are eligible for future benefits unless they choose to forfeit their future benefit and receive a refund of all their contributions made during their employment.

"Neither our Board nor our staff have the discretion to increase, decrease, deny or revoke benefits," a spokeswoman said. "Any changes to current law would need to be done through the legislative process."

While a number of factors are used to calculate pension benefits, Chauvin would likely be eligible for annual payments in the ballpark of $50,000 a year or more if he chose to start receiving them at age 55, according to a CNN analysis based on Chauvin's tenure, 2019 payroll data, contract details, pension plan guidance and Minneapolis Police Department salary schedules. The benefits could stretch to $1.5 million or more over a 30-year period, not including any cost of living increases. Chauvin's annual payments could be even higher if he received significant amounts of overtime in prior years.

Two of the other officers charged in the death of Floyd were rookies, but a third also appears eligible to receive pension benefits from his time with the department, according to employment records released by the city. The Minneapolis Mayor's Office, Police Department and the local police union did not respond to CNN's requests for comment.

Public pensions are paid for through a combination of contributions from taxpayer-funded local governments and workers themselves, as well as investment returns. Public safety pensions are typically some of the most generous and have caused local and state budgets to balloon around the country.

But they are almost impossible to reduce or take away from workers who have been promised them in public employment contracts, and police unions have fought hard to protect worker pensions. Officers also usually pay some of their own salaries into the funds and typically receive their pensions in lieu of Social Security.

Amid growing calls across the country to defund police departments and better distribute the money to social services, such as youth and community development and mental health treatment, pensions will likely prove to be a flashpoint in the ongoing debate.

The laws governing whether pensions can be stripped from police accused of misconduct vary depending on the state. Less than half of states have laws that allow for pensions to be taken away from police who were convicted of any kind of felony, while some other states allow pensions to be taken away for specific crimes like corruption or sexual crimes against minors but not for the conviction of an officer for using excessive force, according to 2017 research published in the Journal of Law, Economics and Policy.

But even these laws wouldn't touch the many officers accused of police brutality who are never convicted or even charged with a crime. Many were also passed in the past decade and usually wouldn't apply to officers hired before the laws were enacted, researchers noted.

"Pension forfeiture for misconduct is pretty rare," said D. Bruce Johnsen, a law professor at George Mason University and one of the authors of the research.

"With this terrible tragedy it might be a good time to push in this direction," he added, saying that the specific situations that would allow for forfeiture would have to be carefully defined.