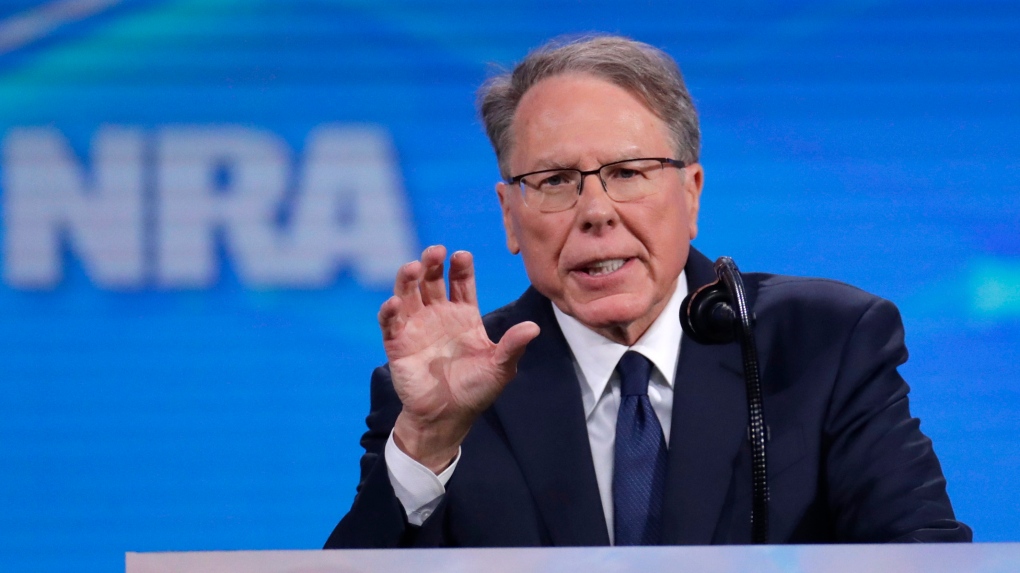 DALLAS -- After school shootings that left dozens dead in recent years, National Rifle Association leader Wayne LaPierre said the resulting outrage put him in such danger that he sought shelter aboard a borrowed 33-metre yacht.

During a deposition, the head of the powerful gun-rights group's acknowledged sailing in the Bahamas with his family as a "security retreat" in the summers following a 2012 school shooting in Connecticut and a 2018 massacre in Florida.

"I was basically under presidential threat without presidential security in terms of the number of threats I was getting," LaPierre said, according to a transcript of the deposition filed in court over the weekend. "And this was the one place that I hope could feel safe, where I remember getting there going, `Thank God I'm safe, nobody can get me here."'

The testimony emerged in a federal bankruptcy trial over whether the NRA should be allowed to incorporate in Texas instead of New York, where a state lawsuit is trying to put it out of business. LaPierre is scheduled to take the witness stand in the case, which is being conducted virtually before a court in Dallas, this week.

The allegations include that LaPierre repeatedly sailed in the Bahamas on the yacht of Hollywood producer Stanton McKenzie, whose company has done business with the NRA, but did not mention the trips on financial disclosures. McKenzie is not named in the suit but both it and LaPierre's deposition include the name of his yacht: Illusions.

In the deposition, LaPierre said he did not pay to use McKenzie's yacht, which came with a cook, a motor boat and a pair of Sea-Doo personal watercraft. He said he did not think using the vessel violated the NRA's conflict-of-interest policy because the summer sailing trips were for security. Nonetheless, LaPierre said he stopped using it in 2019 as part of the NRA's "self-correction."

The NRA did not immediately respond to a request for comment on LaPierre's testimony.

McKenzie did not immediately respond to voicemail and email messages to his company seeking comment. He told The Wall Street Journal, which first reported LaPierre 's use of his yacht last year, that he hadn't read New York's lawsuit and couldn't discuss any litigation.

Shannon Watts, the founder of the gun control group Moms Demand Action, highlighted LaPierre's testimony on Twitter Monday, mocking his argument that it takes "a good guy with a gun" to stop a mass shooting. "The only thing that stops a bad guy with a gun is a good friend with a yacht?" she wrote.

The group's bankruptcy trial began Monday with a lawyer for New York arguing that LaPierre put the NRA into Chapter 11 bankruptcy despite its financial strength to escape accountability for his own spending abuses. He made the move largely by himself and kept the plan secret from the group's board, its general counsel and treasurer at the time, New York Assistant Attorney General Monica Connell told Judge Harlin Hale.

Though headquartered in Virginia, the NRA was chartered as a non-profit in New York in 1871 and is incorporated in the state. Its bankruptcy filing listed between $100 million and $500 million in assets and placed its liabilities in the same range.

NRA lawyer Greg Garman said during opening statements that LaPierre did nothing wrong and made the decision to put the group into bankruptcy to avoid New York authorities having it placed in a receivership. The NRA has cast a court appointing a receiver to oversee the organization as a potential death blow and argued that it's looking for a more politically favourable environment in gun-friendly Texas.

"I think it will help us flourish to get out of that environment and get into a state that really wants us here," NRA First Vice-President Charles Cotton testified Tuesday.