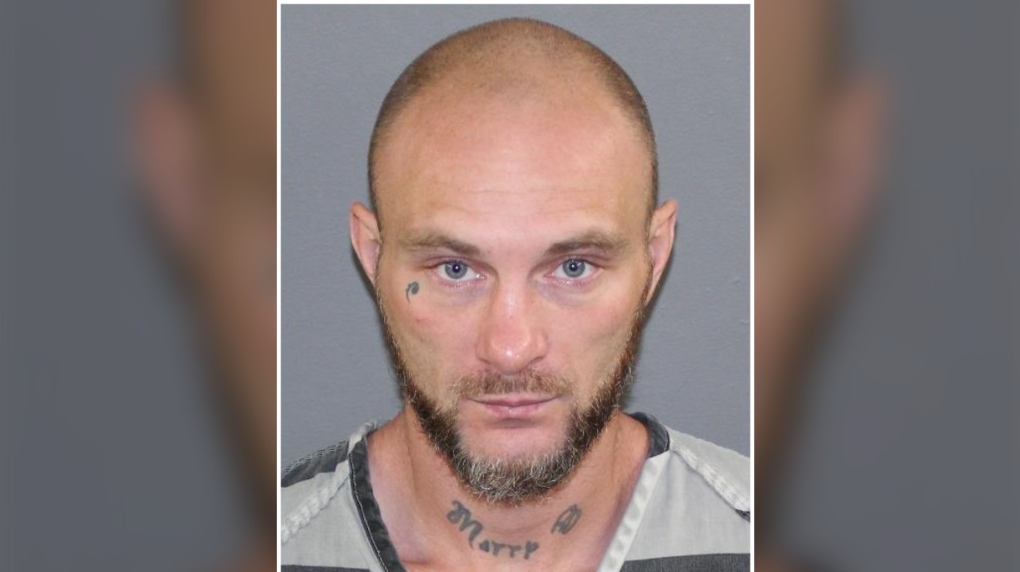 An Illinois man was arrested for allegedly giving police a fake name -- despite the suspect having a tattoo of his own name across his throat. (Mattoon Police Department)

TORONTO -- An Illinois man was arrested for allegedly giving police a fake name – despite him having a tattoo of his name on his neck.

Mattoon police were investigating a forgery case when Matthew Bushman of Mansfield, Ill. Gave officers a false name and date of birth to dodge an existing warrant for his arrest.

But police were likely given pause by the 36-year-old’s choice of tattoo. A police mugshot obtained by CTV News showed a “Matty B” tattoo across his throat.

He was booked by police last week for obstructing justice.

After his arrest, he was taken to the Coles County Jail. None of the allegations have been proven in court.