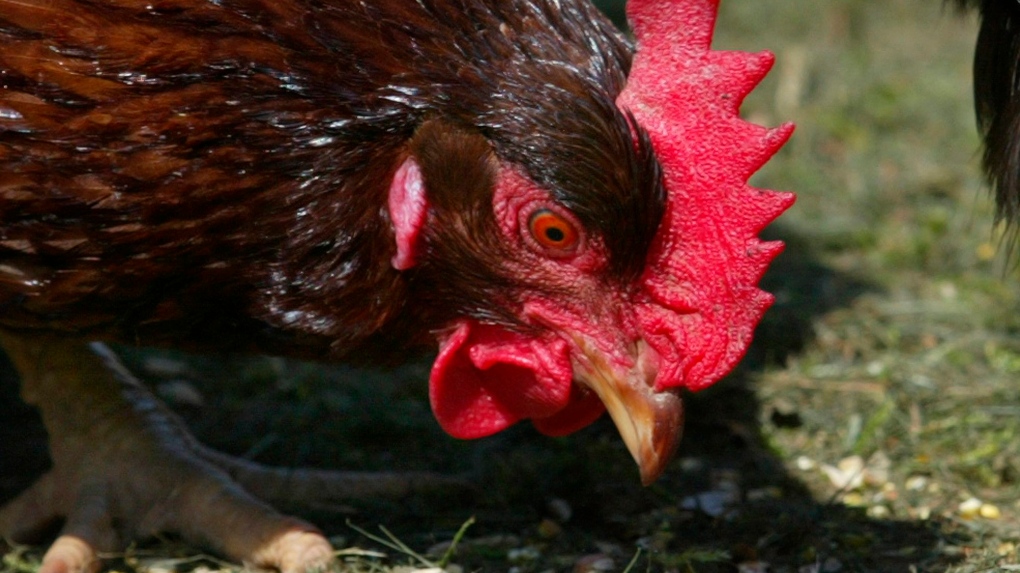 A chicken is shown feeding in this 2004 file photo. (Richard Lam / THE CANADIAN PRESS)

Police in Louisiana urged residents to be on the lookout for a suspect that has been terrorizing bank customers in Walker.

They warned that the suspect is ignoring social distancing rules and the orders of Gov. John Bel Edwards by harassing customers at the ATM and drive-thru, chasing people and trying to get into vehicles.

The suspect -- an "aggressive chicken" -- is described as reddish-tan, 18 inches tall and between 6 to 8 pounds, the Walker Police Department said in a playful post to Facebook.

Officers responded to the bank on Walker South Road after receiving a call around 4 p.m. Friday regarding the suspect, which "apparently anticipated the imminent arrival of law enforcement and fled on foot from the scene," Walker police said in the post.

Officials said the chicken is "wanted on charges of assault, attempted battery, attempted burglary, terrorizing and ignoring an order of the Governor."

The bird remains on the loose. While police asked for the public's help locating the fowl, they said people should avoid confronting it because of its history of "aggressive behaviour."

BOLO: The Walker Police Department is asking for the public’s assistance in connection with an incident occurring Friday...

Posted by Walker Police Department on Saturday, May 2, 2020