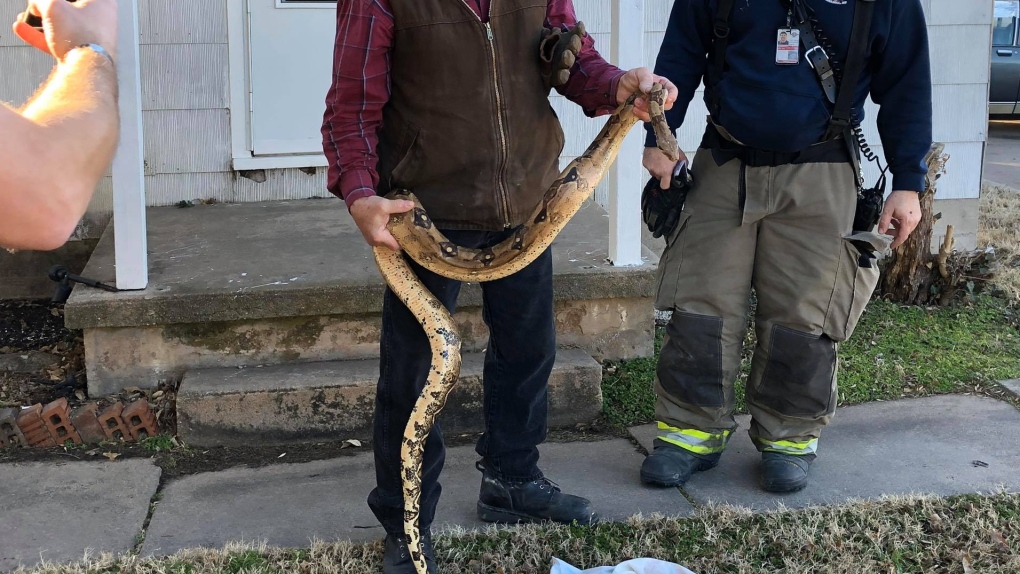 TORONTO -- Firefighters in Kansas responded to an unusual call earlier on Monday after a resident found a large snake living inside their couch.

The six-foot-long reptile, which turned out to be a boa constrictor, somehow slithered inside the resident’s living room couch in Rose Hill, Kan.

Kansas is home to at least 41 different types of snakes, most of which are considered harmless. But boa constrictors – which are nonvenomous -- are not one of those species, which led officials to believe the snake must be someone’s missing pet.

Once at the house, deputy fire chief Melvin Linot was able to charm the snake from its comfortable hiding place. The fire department is now working to locate the snake’s owner.

Known for their striking patterns and large size, boa constrictors are found across Central and South America and have become popular pets thanks to their typically tame demeanor.