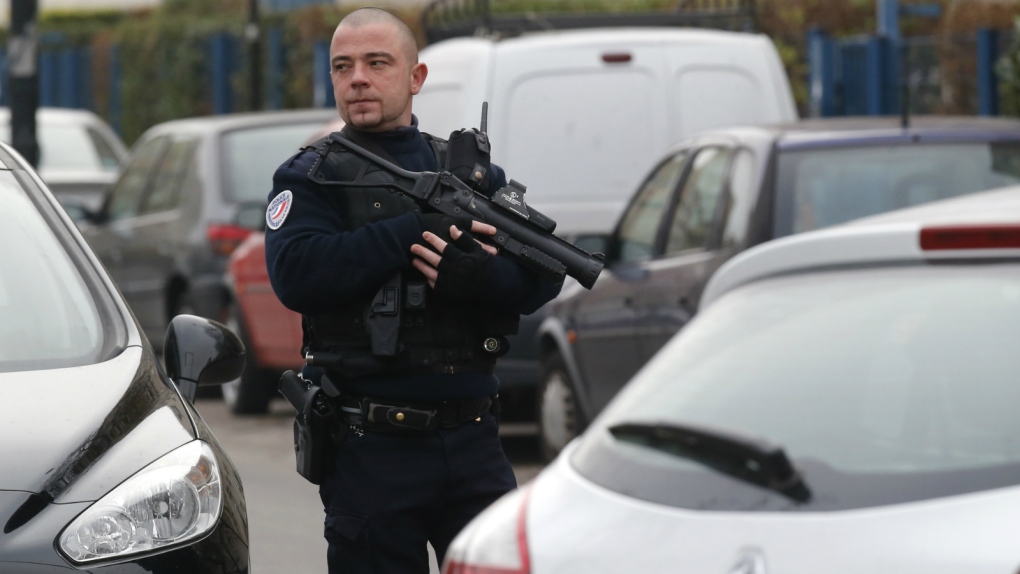 A police officer patrols near a preschool, after a masked assailant with a box-cutter and scissors who mentioned the Islamic State group attacked a teacher in the Paris suburb Aubervilliers, Monday, Dec.14, 2015. (AP / Michel Euler)

PARIS -- A preschool teacher who claimed to have been attacked by a masked assailant invoking Islamic State made up the story, French prosecutors said Monday.

The attack reported Monday morning by the teacher set off a manhunt in the northern Paris suburb of Aubervilliers.

Both the Paris prosecutor's office and the local prosecutor said the teacher was being questioned Monday afternoon, and that the story about the attack had been based on his testimony.

The false report comes as France remains under a state of emergency after the Nov. 13 attacks in Paris by Islamic State-linked extremists that left 130 people dead and hundreds wounded. A few weeks later, IS urged its followers to attack teachers in France, saying the secular education system was poisoning young minds.

Aubervilliers, a northern suburb, is only 4 kilometres (2.5 miles) from the apartment where the suspected organizer of the Nov. 13 attacks was killed in a police raid.

French schools have imposed strict security measures since previous attacks in January, with doors locked during the day, identity checks for visitors and periodic bag searches. Families dropping off or picking up children are not permitted to linger near schools' entrances, and children are not allowed to wait outside for the doors to open.