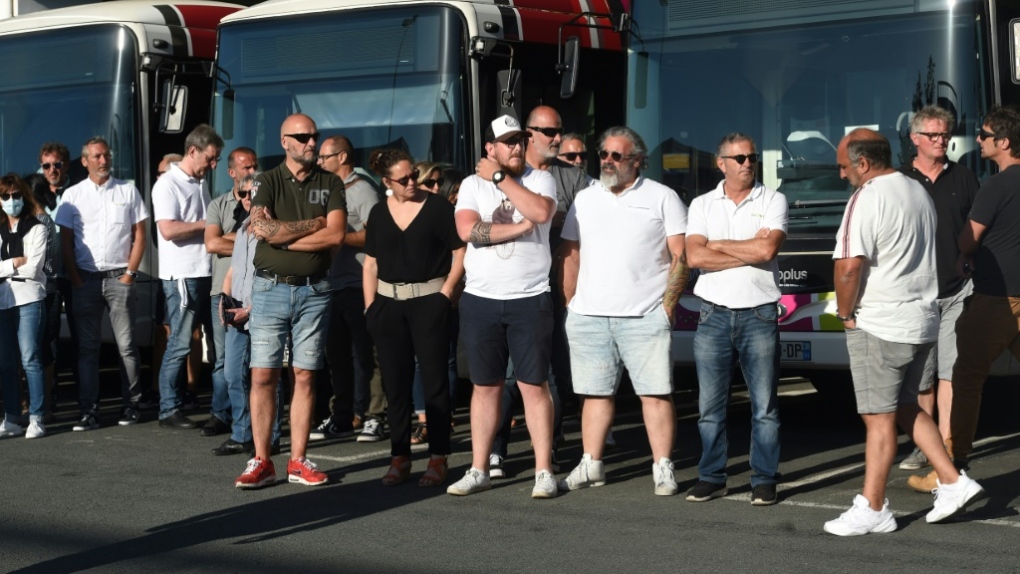 Many bus drivers in Bayonne, France, have refused to work since the vicious attack on a colleague last Sunday. (AFP)

BAYONNE, FRANCE -- French prosecutors on Wednesday charged two men with attempted murder after a bus driver was assaulted and left brain-dead in southwestern France for refusing to let aboard a group of people who were not wearing face masks.

Four men set upon 59-year-old Philippe Monguillot in Bayonne on Sunday evening after he asked three of them to wear masks and tried to check another man's ticket.

The four men made a run for it after the brutal assault and hid in one of the men's apartment, it added. Aged 22 to 23 and with police records, all have been placed in custody.

"There were insults and then shoving. The bus driver was pushed out of the bus. Two individuals then violently kicked and punched the upper part of his body, including his head," he told a press conference.

The assault on the father of three prompted an outpouring of indignation by his colleagues in Bayonne, many of whom are refusing to work until his funeral.

His was unconscious when emergency services arrived.

"It's not my father breathing, it's the ventilator. We know that it's over," his 18-year-old daughter Marie told the Sud Ouest newspaper.

Face masks remain mandatory on public transport in France to slow the COVID-19 outbreak, which has claimed nearly 30,000 lives.

The driver's family has organised a silent march in his honour for Wednesday evening, departing from the bus stop where the assault took place.

Unions have asked transport networks across the country to stop at 7:30 pm and observe a minute of silence.