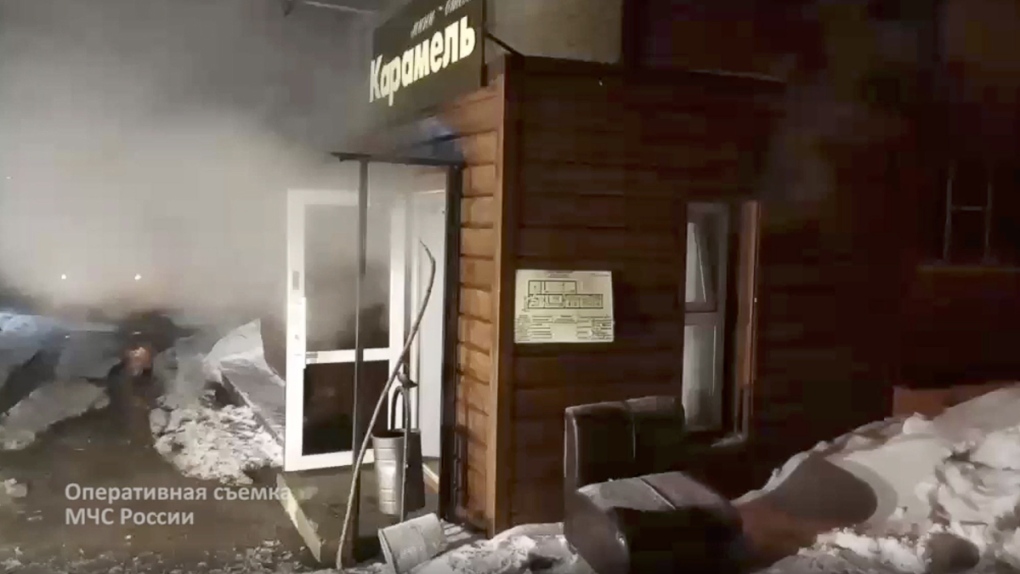 A view of a damaged hotel located in the basement of a residential building in Perm, Russia, on Jan. 20, 2020. (Ministry of Emergency Situations press service via AP)

The nine-room hotel was located in the basement of a residential building in the city of 1 million people near Russia's Ural Mountains. All of the victims -- who included a child -- were staying at the hotel, authorities said. Three of the injured were hospitalized with burns.

Russian police have opened a probe into the tragedy.

The plumbing explosion left 20 buildings, including a hospital, a school and a kindergarten, without heat or hot water in the middle of winter, local authorities said.

Russian lawmaker Oleg Melnichenko said, given the deaths, the Russian parliament might consider a ban on having hotels or hostels in the basements of residential buildings.

"Hostels shouldn't be open in basements, where all pipelines are located," Melnichenko said.