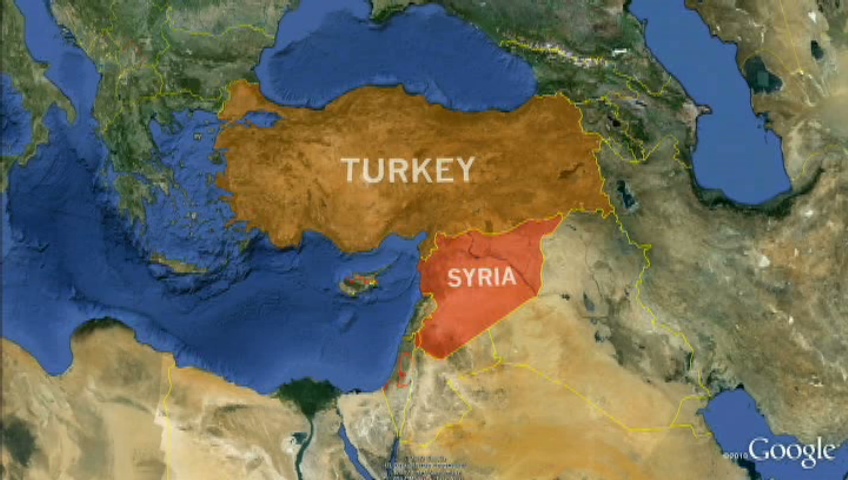 Map of Turkey and Syria

ANKARA, Turkey -- A police officer fired a gun at a colleague at Kayseri Airport in central Turkey on Tuesday and then turned the weapon on himself, Turkey's state-run news agency reported.

The two officers were wounded in the shootings, which occurred at a security check point at the entrance of the airport's domestic departures terminal, Anadolu Agency reported. Both men were hospitalized in serious condition, the report said.

The officers had been in a dispute before one of them shot the other and then tried to take his own life. The reason for the dispute was not disclosed. Anadolu said an investigation has been launched.

Video footage from Kayseri showed a small crowd of people, some with luggage, forming outside the terminal building.