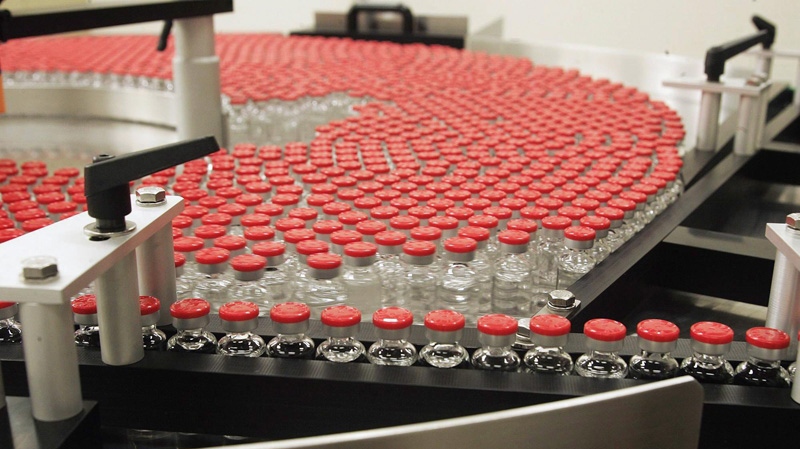 Bottles of flu vaccines rotate on a plate as they make their way through the assembly line at the ID Biomedical Corp., Quebec City plant Dec. 9, 2004. THE CANADIAN PRESS/ Jacques Boissinot

TORONTO - The World Health Organization is trying to prevent thimerosal, a mercury-based preservative used in vaccines, from being banned.

A new round of talks on a global treaty to reduce human exposure to mercury begin on October 31st in Nairobi, Kenya.

The talks are being run by the U.N. Environmental Program.

But WHO says the environmental experts negotiating the treaty may not realize the full health consequences of their actions.

The U.N.'s health agency says thimerosal is not a health risk in the amounts present in vaccines.

And Dr. Allison McGeer, of Toronto's Mount Sinai Hospital, says that without it vaccine makers would have to switch from multi-dose vials to single dose formulations.

She says that would drive up the cost of vaccines and also create logistical problems.

Canada has filed a position paper on the issue with the UNEP.

The paper argues there's no "legitimate safety reason to avoid the use of thimerosal-containing products for children or older individuals, including pregnant women."