'You have to be careful': NHL teams wary of overloading players after long break 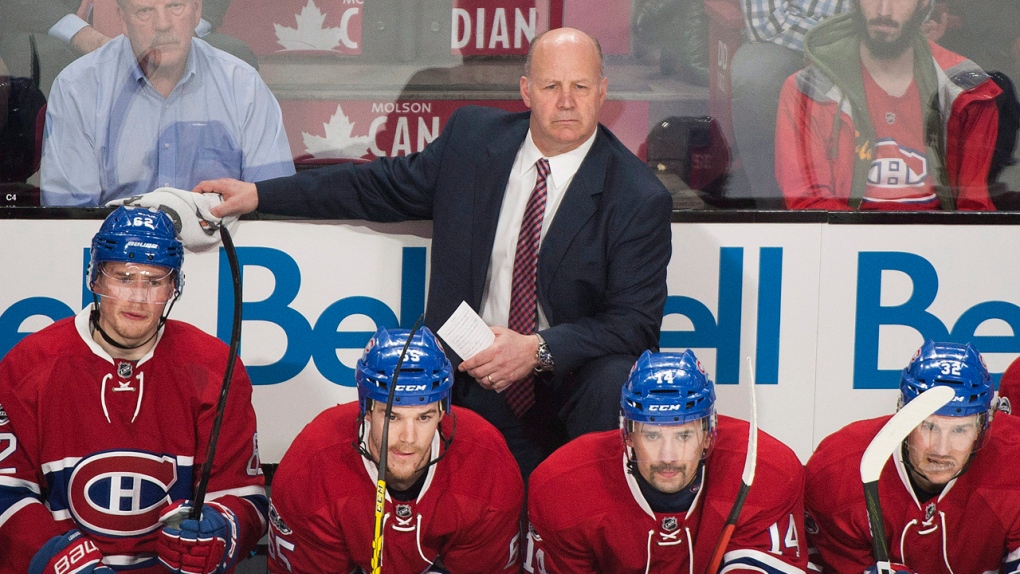 Montreal Canadiens head coach Claude Julien looks on from the bench during an NHL hockey game against the New York Islanders, in Montreal on Thursday, February 23, 2017. THE CANADIAN PRESS/Graham Hughes

Brad Treliving joked recently NHL coaches only need a couple video sessions to prepare for an opponent, find a weakness, correct a problem or add a wrinkle.

"Every game might end 0-0," the Calgary Flames general manager quipped.

With summer training camps set to open Monday as the NHL lurches forward in its plan to restart a season stopped in its tracks four months ago by COVID-19, the temptation might be to spring a surprise or two -- maybe a new power-play setup or a tweak to the penalty kill -- when the games return Aug. 1.

Coaches for the 24 teams set to feature in the league's return have had ample time to plan, brainstorm and re-assess their systems and rosters. The 16 taking part in the best-of-five qualifying round have known for nearly seven weeks which opponent they'd be lining up against if the league got back up and running.

But don't expect to see massive changes -- especially early -- from the men standing behind the benches in those empty arenas in Toronto and Edmonton once the puck is dropped.

They have enough to worry about when it comes to their own players.

"Every coach is going to look at and break down the opponent and have a game plan to attack," continued Treliving, whose club will take on the Winnipeg Jets in the qualifying round. "But because of the uniqueness of this time, there's more of a focus to get your team ready. I remember last year preparing for the playoffs and we're sitting there going, 'What are we going to do with the four days between our last regular-season game (and the playoffs)?'

Like most teams, Montreal Canadiens head coach Claude Julien and his staff met remotely via video conference on a regular basis after the NHL suspended the schedule because of the pandemic in mid-March.

And after it was announced they'd be facing the Pittsburgh Penguins in the qualifying round, those preparations ramped up significantly.

"I'm a believer that as a coach you can never get too much information -- as much as you can get is great," Julien said. "The important part is what you share with your players. That's where you have to be careful."

Penguins head coach Mike Sullivan said his focus will be shaking off the rust and getting his group prepared for a situation that will see teams go from zero to 100 in short order.

"There are significant challenges from a mindset standpoint and making sure that we get out of the summer hockey mode or the social distancing skates into real competitive hockey," he said. "Because that's what we're going to be faced with in a short period of time."

But Toronto Maple Leafs winger Zach Hyman, whose club is set to face the Columbus Blue Jackets in the qualifying round for a spot in the usual 16-team playoffs, still believes there could be some subtle changes around the league.

"This is the unknown," he said. "When you go in from the regular season into playoffs, you don't really tweak too much, you just kind of roll into the playoffs, rolling off your momentum from the regular season. This is a completely different beast, where what you watched a couple months ago may not be the team that you're playing against in the summer. It's almost like a brand new year with the same rosters.

"It'll be interesting to see how everything turns out around the league with the long layoff."

Canucks defenceman Christopher Tanev said he expects Vancouver's coaches to have plenty to share about the Minnesota Wild.

"I'm sure they'll have a lot of information," he said with a smile. "They'll know every little detail about the team and every player."

The Wild, however, shouldn't expect more than the basics on the other side.

"It's unique that we've known who we're playing here for a while," Minnesota interim head coach Dean Evason said. "The challenge, at least for our group, is we don't want to overload them."

The Boston Bruins are in a slightly different position as one of the top-4 teams in the Eastern Conference. They'll take part in round-robin games against Washington, Tampa Bay and Philadelphia to determine the No. 1 seed on that side of the playoff bracket, but the Bruins won't know their first-round opponent until after the qualifiers.

"We're not going to introduce a whole lot of new concepts," Boston head coach Bruce Cassidy said. "Even though you've had a lot of time to dream up a lot of different things, I don't know if it's the best time -- a short turnaround with a lot of the line -- to start messing too much with your game.

"We're going to try to keep it as simple as we can."

For all the time coaches have had, that might end up being their best play.

This report by The Canadian Press was first published July 12, 2020.