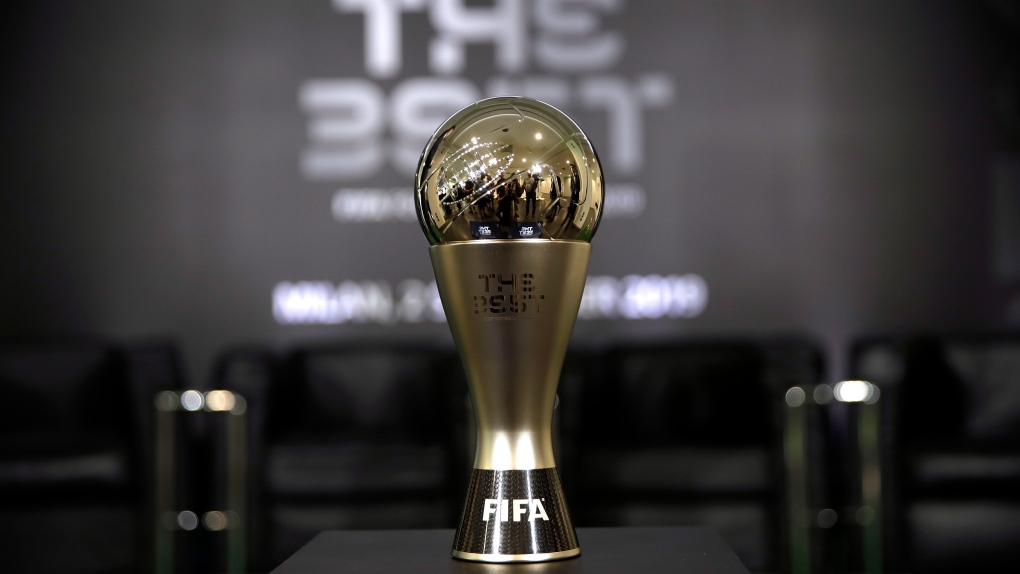 A reproduction of the cup for the FIFA best player award is displayed during a press conference at the San Siro stadium in Milan, Italy, Monday, Sept. 2, 2019. (AP Photo/Luca Bruno)

The announcement of the final three in each category -- including best coach and best goalkeeper -- was made Monday at San Siro. The winners will be announced at a ceremony at Milan's iconic Scala theatre on Sept. 23.

Luka Modric, who won the award last year after leading Croatia to the World Cup final, did not make the 10-man shortlist.

All three of the finalists for the men's coach award work in the Premier League: Liverpool's Jurgen Klopp, Manchester City's Pep Guardiola and Tottenham's Mauricio Pochettino.

United States coach Jill Ellis, who won back-to-back World Cup titles before stepping down after more than five years in charge, was nominated for the award for the best coach in women's soccer. She is joined by England's Phil Neville and the Netherlands' Sarina Wiegman. The Netherlands lost to the United States in the World Cup final.

Liverpool also has a contender for the best goalkeeper award. Alisson up against City's Ederson and Barcelona's Marc-Andre ter Stegen.

The winners will be voted on by national team coaches and captains, selected media and online fan voting.