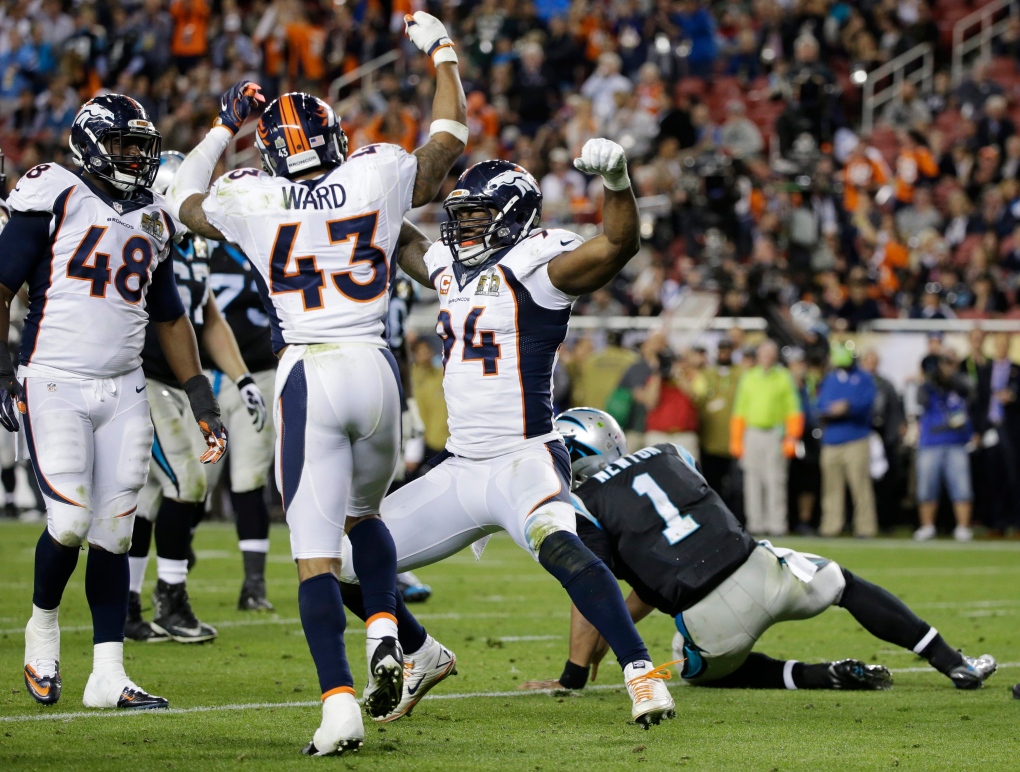 So you thought the Panthers and Broncos would put up a lot more points in Super Bowl 50, that Carolina quarterback Cam Newton would score at least once and probably be named the game's most valuable player?

So did a lot of people, and that had Nevada sports books smiling a day after they took in a record $132.5 million in wagers on the big game.

"It was a very good day," Johnny Avello, executive director of the sports book at Wynn Las Vegas, said Monday.

"A defensive battle was something we were rooting for and fortunately, that's exactly what it was," added Jay Kornegay, the odds maker at the Westgate Las Vegas Superbook.

A 5.5-point underdog at the casinos, Denver upset Carolina 24-10 -- a total well below the over-under projection of between 44 and 45. Newton was the overwhelming favourite to win this year's MVP, but he failed to score and watched Denver linebacker Von Miller take the honour at 12-1 odds.

Odds makers said gamblers bet heavily on the Panthers in the weeks ahead of the game.

"But over the last few days, the pendulum swung in Denver's favour and really balanced a lot of things out," Kornegay said. "Our best case scenario was for the Panthers to win the game, but not cover. So it wasn't a best-case, but as long as we stayed under the total, we were in good shape."

The Nevada Gaming Control Board said in its preliminary estimate Monday that Nevada's 194 sports books kept about 10.1 per cent of the $132.5 million in Super Bowl wagers, for a total win of $13.3 million.

The previous record of $119.4 million was set two years ago when Seattle beat Denver 43-8. The total win that year was the best recorded over the past 10 years, about 16.5 per cent or $19.7 million. Wagers totalled just under $116 million last year, with a casino win of 2.8 per cent.

The last time Nevada books lost money on the Super Bowl was 2008 when they paid out about $2.6 million more than they took in as the New York Giants beat New England, 17-14.

This year marked the first time Nevada sportsbooks could accept bets on the MVP. Traditionally, bets can be made only on things that happen during the game. But the Nevada Gaming Commission made the change after allowing bets on the Heisman Trophy for the first time last year.

"We were blown away by the wagering on the MVP," said Michael Grodsky, director of marketing at the William Hill Race & Sports Book. "It was a very healthy handle on that, and Von Miller winning the MVP was a big winner for the public. Ten per cent of all the tickets we wrote were on Von Miller."

The odds makers said a low scoring Super Bowl usually translates into success for the house when it comes to the so-called prop bets -- things like will so-and-so score more than so-many touchdowns, or will there be a safety, a 2-point conversion, or an overtime?

The betting public tends to bet "more overs and more yes than no" on those questions, Kornegay said.

"Cam not scoring a touchdown was a very good result for us so was Greg Olsen's performance overall," he said about the Panther tight end who was held to four catches for 41 yards. "(Carolina receiver) Ted Ginn not getting a rushing attempt was another one that went our way."

Nevada sports books avoided the controversy that plagued some off-shore betting sites that had accepted bets on such things as how long it would take Lady Gaga to sing the national anthem. The actual ending point wasn't clear when she repeated the final word of the phrase, "home of the brave."

"That's exactly why we don't take wagers on that." Kornegay said. "There's no official result in a box score."