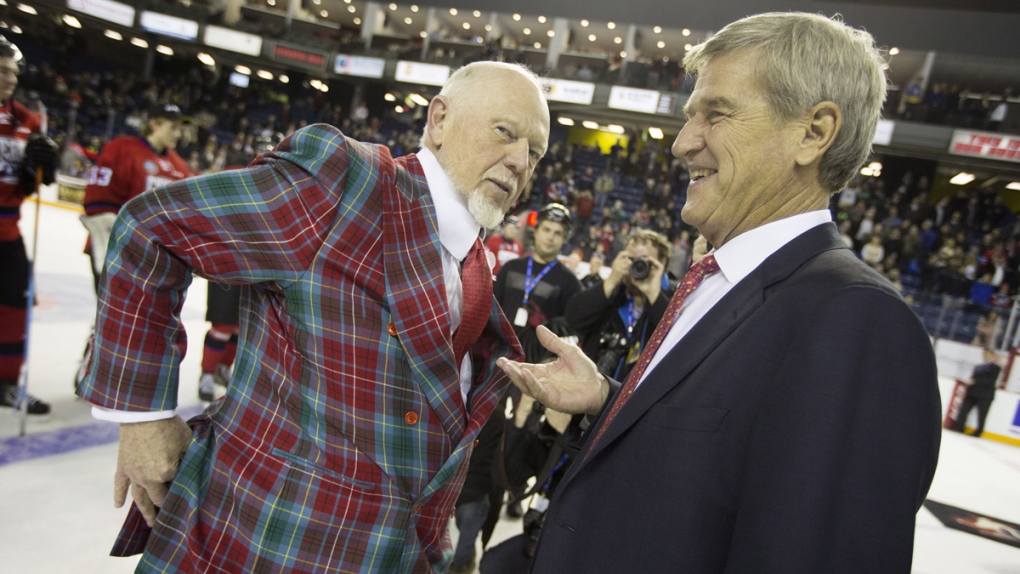 In an interview with Boston radio station WEEI on Thursday, Orr called the decision to sack his former Bruins coach "disgraceful."

"I know Grapes better than anybody," Orr said. "He's not a bigot and he's not a racist. This guy is the most generous, caring guy that I know. What they've done to him up there is disgraceful, it really is. It's a new world I guess. Freedom of speech doesn't matter."

Sportsnet fired Cherry on Monday following his comments on "Hockey Night in Canada," which many felt were critical of immigrants for not wearing Remembrance Day poppies.

Cherry has denied he was singling out visible minorities.

Orr said he has talked to Cherry every day since the firing.

"He's getting some nice calls from his friends here in Boston," Orr said. "He is getting some wonderful support. He's hurt, but he's going to be fine."

Sportsnet has not announced its plans for the "Coach's Corner" segment. A message left with co-host Ron MacLean was not immediately returned.

The first "Hockey Night in Canada" since the firing is Saturday night.

Orr and Cherry have had a long connection, dating back to their days with the Bruins in the mid-1970s.

The two have been regulars at the Canadian Hockey League's annual top prospects game since its inception in 1996, with the teams usually called "Team Orr" and "Team Cherry."

Cherry's name was mentioned in the March 2019 press release announcing the 2020 event. A CHL spokesman said in an email this week that coaches and rosters were still being reviewed for the Jan. 16 game in Hamilton, Ont.