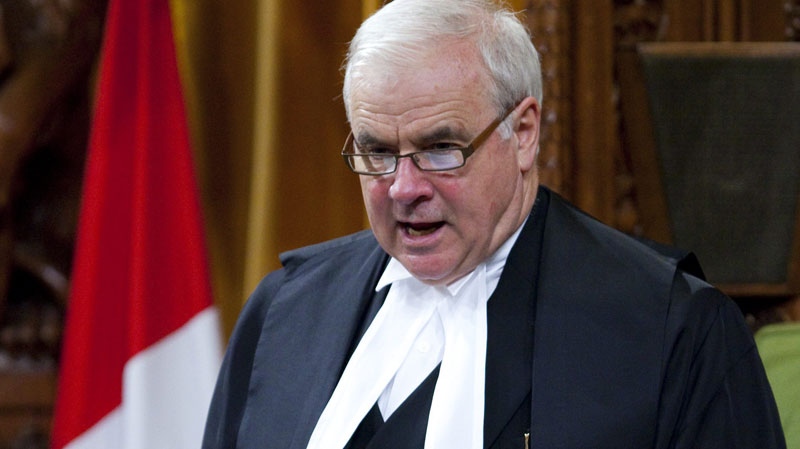 OTTAWA - The longtime Speaker of the House of Commons won't be seeking re-election.

Peter Milliken is to announce his decision Saturday at a news conference in Kingston, Ont. While he won't run again, sources say, he intends to remain Speaker until the next election.

Milliken has been the Liberal MP for Kingston and the Islands since 1988 and Speaker since 2001.

Milliken, 64, is the longest-serving Commons Speaker in Canadian history -- a record nine years.

The timing of his retirement announcement briefly heightened speculation that Prime Minister Stephen Harper may choose Milliken as the next Governor General. Harper is widely expected to name a successor to Michaelle Jean next week, during the Queen's visit to Canada.

However, a senior government source said Harper has not yet decided on the next Governor General nor offered the post to anyone. Moreover, the source said no announcement is likely next week.

Milliken, a lifelong student of parliamentary procedure, has made several historic rulings.

There have only been 10 tie-breaking votes cast among the 34 Speakers who have presided over Parliament since Confederation, and Milliken has cast half of them.

His decision to stave off defeat of Paul Martin's Liberal minority in 2005 was the only time a Speaker has decided a confidence vote in Canada.

Most recently, he forced an agreement between the Tory government and two opposition parties on access to Afghan detainee documents by ruling that the rights and privileges of members of Parliament trump national security concerns.

Milliken's subscription to Hansard as an adolescent has become the stuff of political lore. He has steeped himself the arcane rulings and precedents of parliamentary procedure since writing a university thesis on question period almost a half-century ago.

Milliken has been elected three times and acclaimed once to the Speaker's post.

With it, he gets a cabinet minister's salary and use of a country residence called The Farm, at Kingsmere in Quebec's scenic Gatineau Hills north of the capital. It was once owned by William Lyon Mackenzie King and one room holds the very bed in which the former prime minister died.

The Speaker also has a luxurious suite of rooms in Parliament's Centre Block, looking out over the Ottawa River. They are panelled in hand-carved wood and furnished with antiques and heritage pieces, including the chair used by the very first Speaker in 1867.