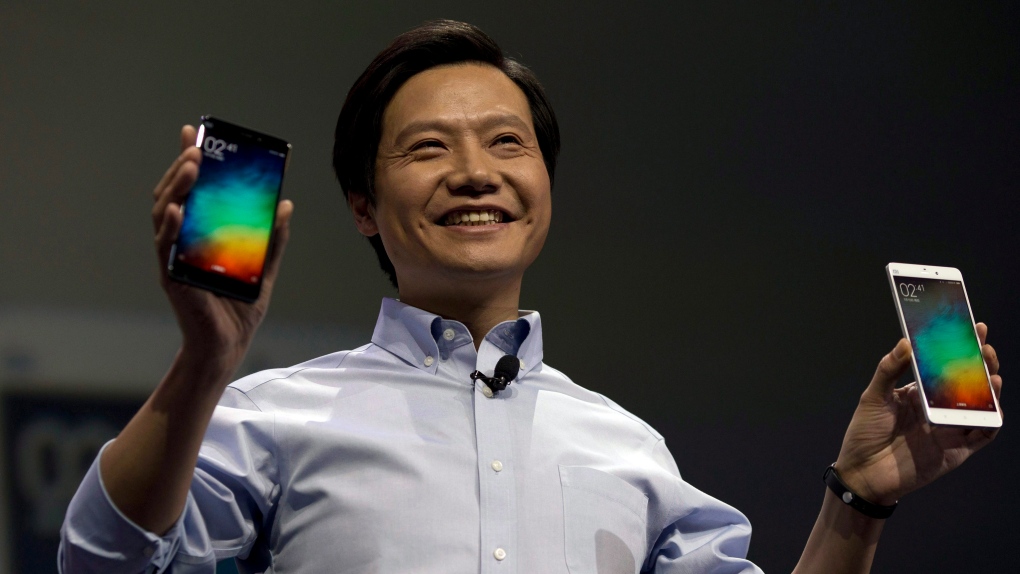 In this Jan. 15, 2015 file photo, Lei Jun, chairman of Chinese smartphone maker Xiaomi, holds up the latest models of the Xiaomi Note at a press event in Beijing. (AP Photo/Ng Han Guan)

Evan Blass strikes again: the notable tech leaker tweeted a video of what could be an upcoming Xiaomi tri-folding smartphone.

Though Evan Blass himself is questioning the authenticity of the video he shared Thursday on Twitter, it's not often that his resources provide inaccurate or flat-out false information.

The 20-second clip shows someone demonstrating the phone's screen-size accommodating interfaces in dimmed lighting as the user scrolls across Google Maps while they continue to fold the device along its two "hinges."

Blass admits to being unsure whether or not this is genuinely a Xiaomi device if the product turns out to be real. If it is, it's just further confirmation that folding designs are becoming trendy within phone manufacturers' designs despite such a concept having barely reached the public enough to analyze audience interest.

Samsung, Motorola, LG, and Huawei have all expressed plans to jump on the flexible phone bandwagon, with their resulting consumer products likely to become available this year. Even if this video proves unauthentic, Xiaomi itself did admit to developing a folding device which is expected to hit the market in 2019, and it is known for releasing innovative designs ahead of the curve.

The company released a lineup of phones with nearly-absent bezels before other phone giants who are now following in its footsteps. Plus, the sliding Mi Mix 3 design is an experimental one in trying to satisfy the public's desire for completely full-screen displays. It wouldn't come as a surprise if the model in the video is authentic and Xiaomi-branded.

We'll have to wait to see whether or not this model is, in fact, the referenced phone.