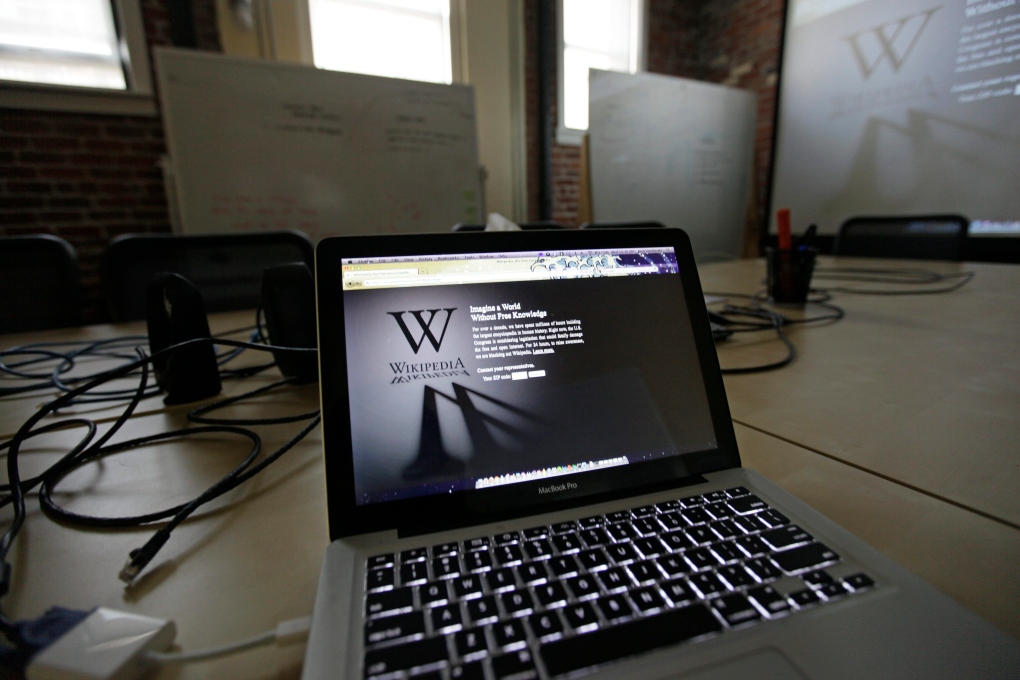 A blackout Wikipedia landing page is displayed on a laptop computer screen in this January 2012 file photo. (AP / Eric Risberg)

In a statement Wednesday, the award foundation praised the "democratic, open and participative" method Wikipedia uses to make universal knowledge available to people throughout the world.

Founded by American entrepreneur Jimmy Wales in 2001, Wikipedia is a free-access digital encyclopedia written in a variety of languages by volunteers around the world. Its articles can be edited by registered users.

The foundation said Wikipedia was among the 10 most visited sites on the Internet.

The 50,000-euro ($54,300) award is one of eight Asturias prizes handed out yearly by a foundation named for Crown Princess Leonor. Other categories include the arts, sport and scientific research.