Where's the best province for surviving a zombie apocalypse?

Tired of Ontario residents claiming they live in the most "important" province in Canada? Annoyed that you had to learn French in school, when you have no plans to ever visit Quebec?

Here's some good news: If the zombie apocalypse happens tomorrow, Ontario and Quebec are among the most likely provinces to be overrun by ravenous hordes of the slavering undead, while Canadians in the West and North stand the best chance of getting out alive.

That's according to the American real estate blog Estately, which mapped out the best and worst provinces for surviving a zombie apocalypse, using publicly available data. Estately compared a number of different population factors for its study, including people-per-square-mile, gun licence ownership among the population, physical activity levels and the percentage of each province's population that are cremated instead of buried. Because you can't rise up as a zombie if you're ash.

Estately also consulted Google Trends to evaluate which provinces showed the most interest in zombie-related media. "States with populations that Google zombie movies and TV shows more than others probably have an abundance of zombie experts," the Estately blog says (while forgetting that we don't have states in Canada).

The U.S. real estate blog presented its zombie map as a tongue-in-cheek service for Americans considering a move to Canada, if their desired candidate does not win the presidential election.

The Yukon is the very best place to be if the dead ever rise, with the highest percentage of the population holding a firearm licence, the second-highest physical activity levels, the third-fewest people per square mile, and the third-most interest in zombies. However, before you pack your snowshoes and head to the former gold rush territory, it's worth noting that there are no giant ice walls up there, and the study does not address the danger of White Walkers invading from the north. 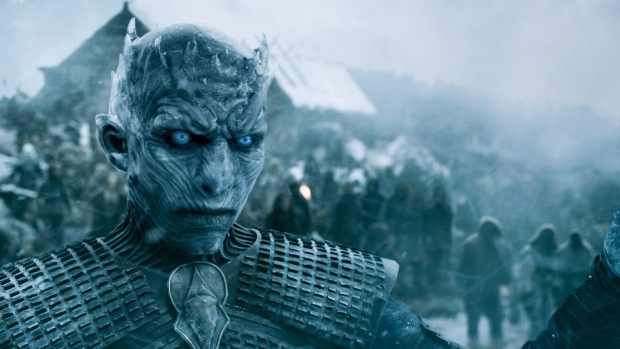 The Night's King, leader of the White Walkers and zombies is shown in this image from 'Game of Thrones.' (HBO via AP)

The Northwest Territories and Saskatchewan were also considered among the best regions in the country to survive.

B.C. ranked fairly high on the list, with the highest cremation and physical activity rates in the country. However, its overall survivability score was dragged down by low firearm licence rates, and tepid interest in zombie-related media.

Still, B.C. residents stand a much better chance of outrunning the walking dead than those who live in Eastern Canada. Estately suggests Prince Edward Island is the worst place to be if you want to survive zombies, because of its geographically isolated population, and low levels of fitness, gun ownership and cremation.

"Prince Edward Island is destined to be an all-you-can-eat brain buffet," Estately says.

Ontario, Quebec, New Brunswick, Nova Scotia and Newfoundland and Labrador also scored poorly on the scale, while Manitoba, Alberta and Nunavut were somewhere in the middle.

"The West offers the best overall odds, whereas Eastern Canada looks to be doomed," the blog post says.

Estately based its report on information from Google Trends, Statistics Canada and the RCMP. However, the blog's criteria appears to be focused on immediately surviving a zombie attack, as there is no accounting for broader challenges that might face a "Walking Dead"-style apocalypse, where society has collapsed and resources have become scarce. Under those circumstances Saskatchewan might rocket to the top of the list, with its close proximity to the oil industry (for fuel), and its abundance of wheat for food.

Also, if the old saying in Saskatchewan is true that you can see your dog run away for three days, imagine how much warning you'd have before a zombie horde swept over you?