What researchers found when they rehydrated 200-year-old feces 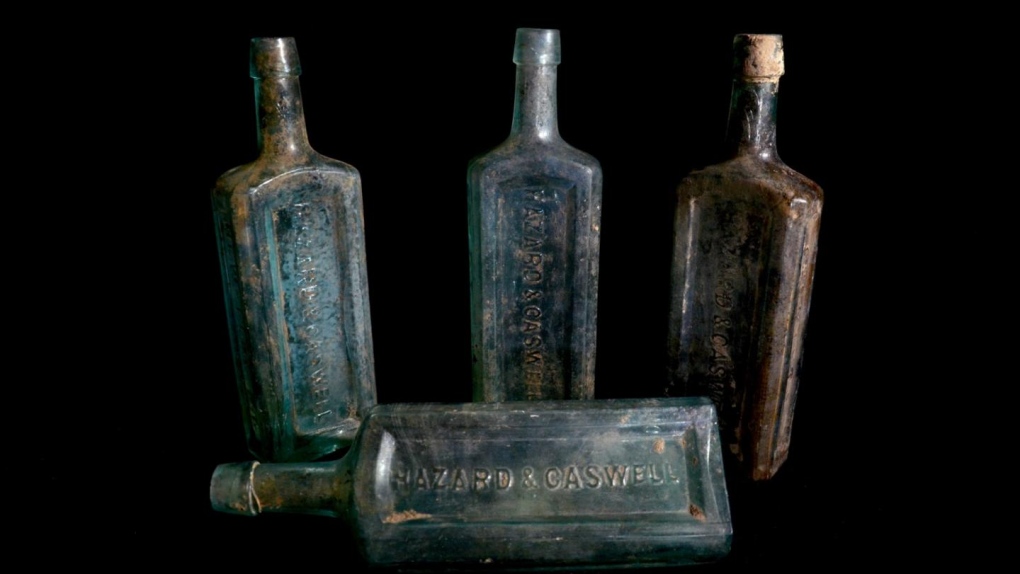 Hazard & Caswell bottles from an apothecary in Newport, R.I., that contained a medicinal concoction marketed as a cure for digestive and other ailments. (Photo by Austin Chad Hill)

TORONTO -- A team of researchers in New England found that even the rich and powerful in the early 19th century weren’t immune to fecal parasites.

Prior research indicated that things such as poor sanitization and unclean outhouses contributed to a rise in fecal parasites in urban areas, but the new research used dehydrated feces from a Dartmouth College campus outhouse from 200 years ago to conclude that everybody poops parasites.

"Our study is one of the first to demonstrate evidence of parasitic infection in an affluent rural household in the Northeast. Until now, there has not been a lot of evidence that parasitic disease was anywhere else other than urban areas in the early 19th century," co-author Theresa Gildner, an assistant professor at Washington University in St. Louis, said in a press release.

The outhouse, excavated in June 2019, is believed to have been used by Dartmouth graduate Mill Olcott, who was a wealthy businessman and politician, his wife and nine children. According to the study, the Olcotts "would have been among the wealthiest and most educated people in New England" in the early 19th century.

The outhouse that excavators dug up was well preserved and full of more than just feces, as privies at the time were also used as a garbage receptacle. Along with three fecal samples, the researchers found fine ceramics, coffee and peanut remains, as well as 12 Hazard and Caswell bottles marketed to cure digestive problems.

"A lot of people probably experienced symptoms of parasitic infections but wouldn't know what was causing them. Privies would have been getting a lot of use at this time. If people had the means, they would order special medicines to treat an upset stomach, which were really just tinctured alcohol that offered no medicinal benefits,” Jesse Casana, lead of the excavation and a professor and chair of the department of anthropology at Dartmouth, said in the press release.

The feces that were found were dehydrated, but researchers rehydrated the fecal matter for testing purposes. They found that each sample contained tapeworm eggs and whipworm eggs. The researchers said that the overall number of eggs found in the samples were low, but were consistent across each sample.

The findings were surprising to the researchers, because tapeworms and whipworms typically enjoy warmer weather than New Hampshire winters have to offer. People can get these types of parasites by ingesting raw or undercooked meat.

This isn’t just a problem of years past. Tapeworm, whipworm and other parasites are still prevalent today.

"Tapeworm and whipworm are still really common today in various parts of the world and can lead to nutritional deficiencies, digestive problems, and poor growth," says Gildner. "Although these infections are preventable and treatable, there's still more to be done to help prevent these infections. Access to clean water, which is essential to good hand hygiene, and sanitation are two things that many people still do not have today."