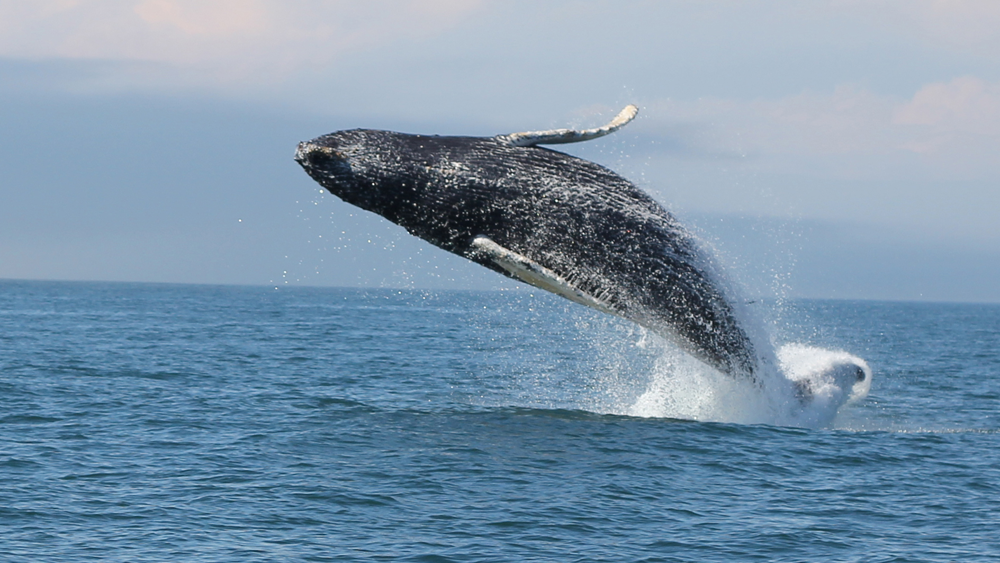 Sandra Grauman of Barss Corner, N.S. captured this photo while on a whale-watching tour at Brier Island.

HALIFAX - Marine biologists are getting some high-tech help solving an ecological mystery that has puzzled them for years.

Oceanographer Kim Davies says the gliders have detected the whales in an area off the Gaspe peninsula.

The information may help explain where the 70-tonne mammals go to feed every year after travelling up the East Coast from their breeding grounds off Florida.

The devices also collect water samples that will indicate temperature, salinity and the presence of food in the Gulf of St. Lawrence and off Nova Scotia.

Davies -- a researcher at Dalhousie University -- says the gliders found a greater right whale presence in the Gaspe area than in the Roseway Basin and Bay of Fundy, where they had previously been found.

She says it's important to know where the animals are so they can be protected from ship traffic and fishing gear entanglements.

A new website set up by the Canada Wildlife Federation is also letting people follow the whales' movements.