U.S., France to lead talks on a global digital tax 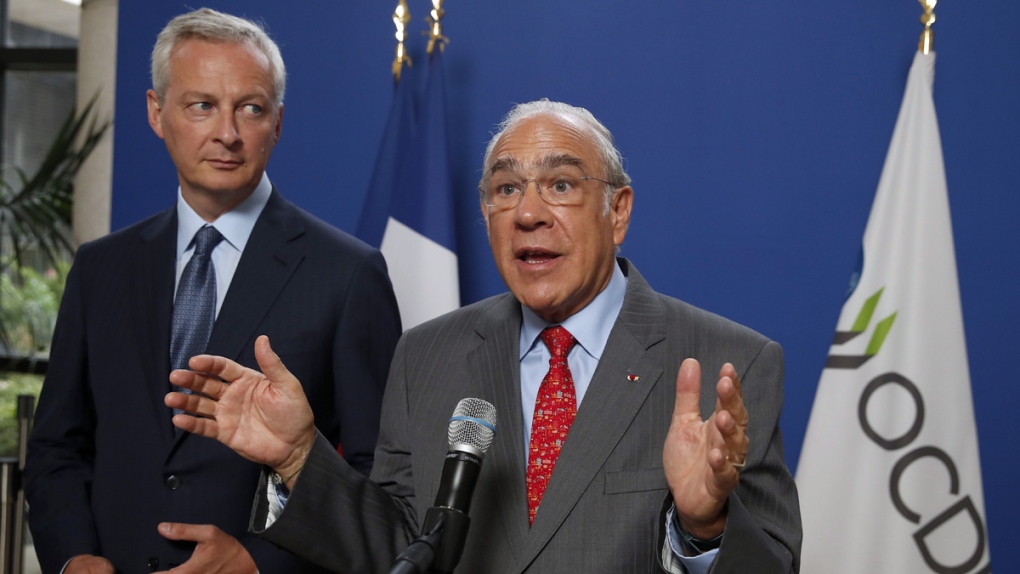 PARIS -- France and the United States agreed to take leading roles in talks aimed at reaching a deal on a global digital tax by mid-2020.

French Finance Minister Bruno Le Maire said Thursday that both countries will be working in a task force with the Paris-based Organization for Economic Cooperation and Development.

Angel Gurria, OECD secretary general, said that about 130 countries are involved in the process.

France and the U.S. announced an agreement this week over a French tax on online giants like Google, Amazon and Facebook. France would reimburse companies any excess taxes once an international deal is in place.

"No one can accept that companies make huge revenues in a country without being physically present there and therefore without paying taxes on that territory," Le Maire said. "That's about justice and efficiency."

Speaking alongside Trump at the G-7 summit in Biarritz, in southwestern France, French President Emmanuel Macron said Monday that France and the U.S. have reached a "very good agreement," defusing tensions over the French tax.

Le Maire and Gurria said they hope to have draft agreement on the table by the end of the year so that a deal on the global tax can be reached in the first semester of 2020.

Gurria said the French-American deal "will accelerate things. Obviously, with two G-7 big players, it will help us a lot to conclude the negotiation in time."

The 36-country OECD, which advises developed countries on economic policy, is a source of economic data and brings together member and partner countries to work together on key global issues.