The best images from NASA's Perseverance rover so far

TORONTO -- Almost as soon as NASA's Perseverance rover landed on Mars it was beaming back images of its surroundings.

The first pictures were black and white and a little grainy. They were soon followed by video and high definition images of the rocks, ridges and the rover itself.

Here's a collection of some of the best images to come from Perseverance' so far. 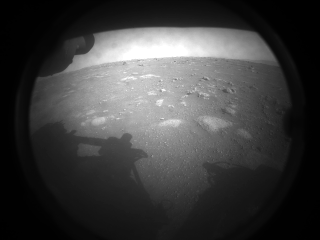 This is the first image NASA’s Perseverance rover sent back after touching down on Mars on Feb. 18, 2021. The view, from one of Perseverance's Hazard Cameras, is partially obscured by a dust cover. (NASA/JPL-Caltech) 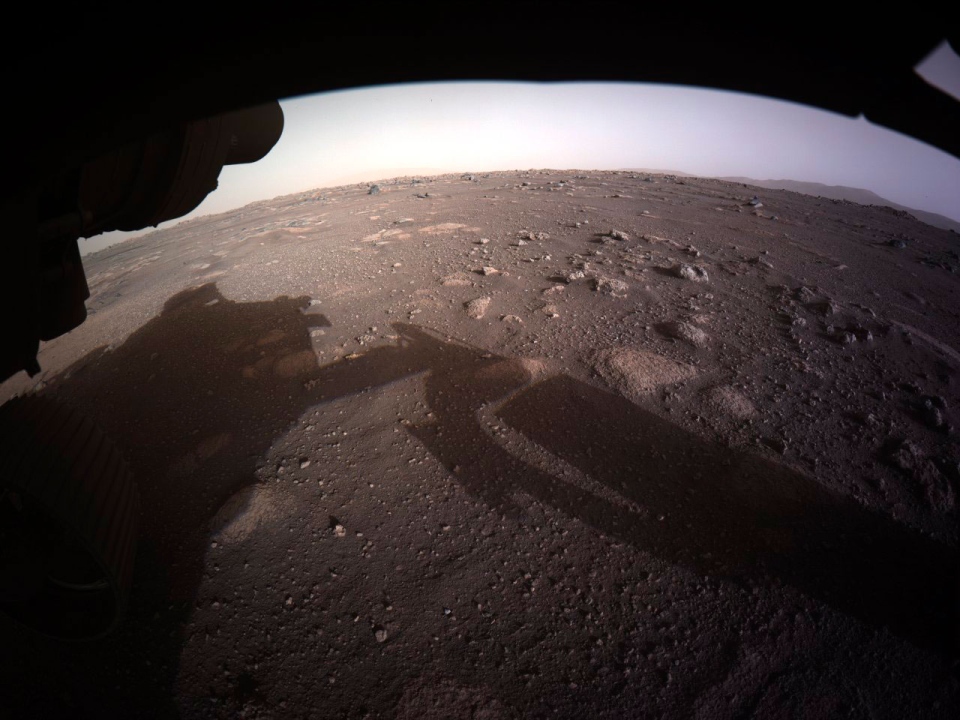 Perseverance's shadow can be seen in this image, the first one in colour sent by the rover. (NASA/JPL-Caltech) 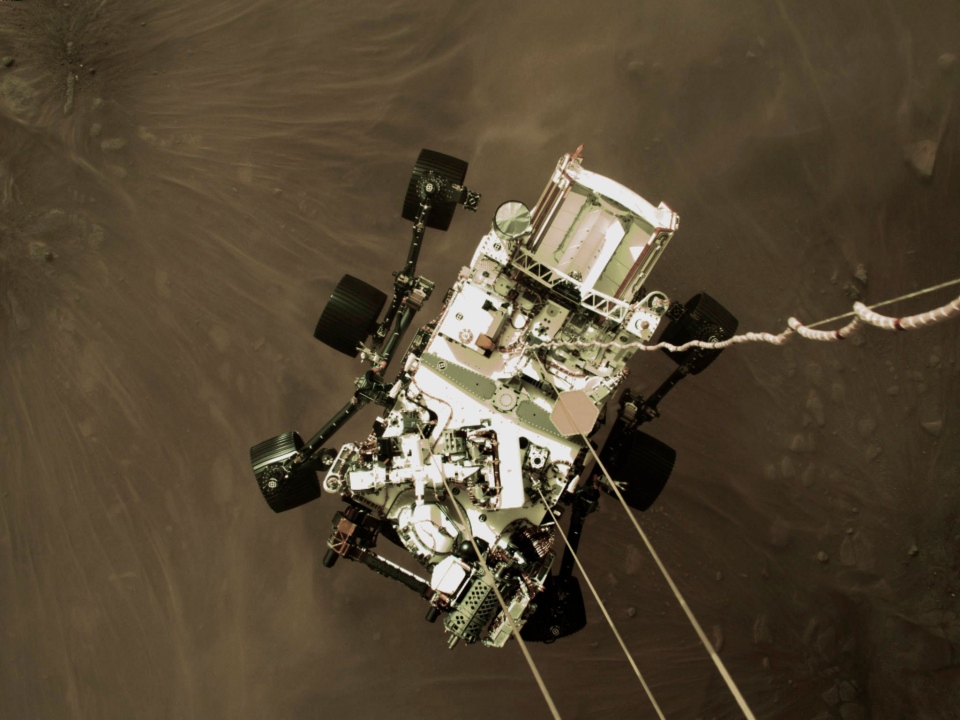 As a teaser to some of the ground-breaking video to come, NASA released this image of Perseverance being gently lowered onto Mars's surface during its descent on Feb. 18. (NASA via AP) 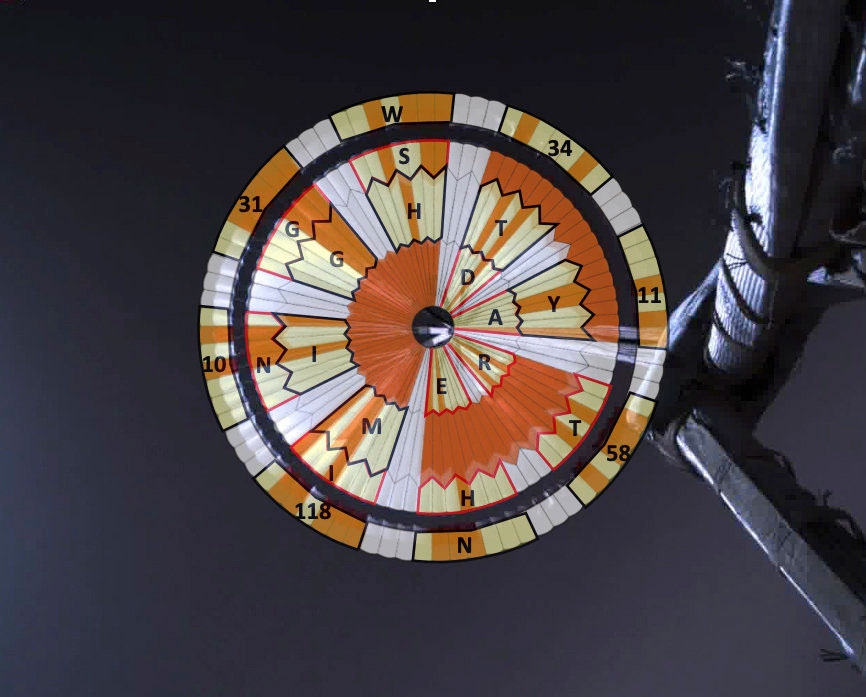 In video sent back by Perseverance, we can see the spacecraft's parachute open, revealing a mix of white and orange markings on the inside. These were later revealed to be part of secret message left by NASA systems engineer Ian Clark. Clark used binary code to spell out "Dare Mighty Things" on the stripes of the 21-metre parachute. Also included were the GPS coordinates of the mission's headquarters in Pasadena, Calif. (NASA/JPL-Caltech via AP) 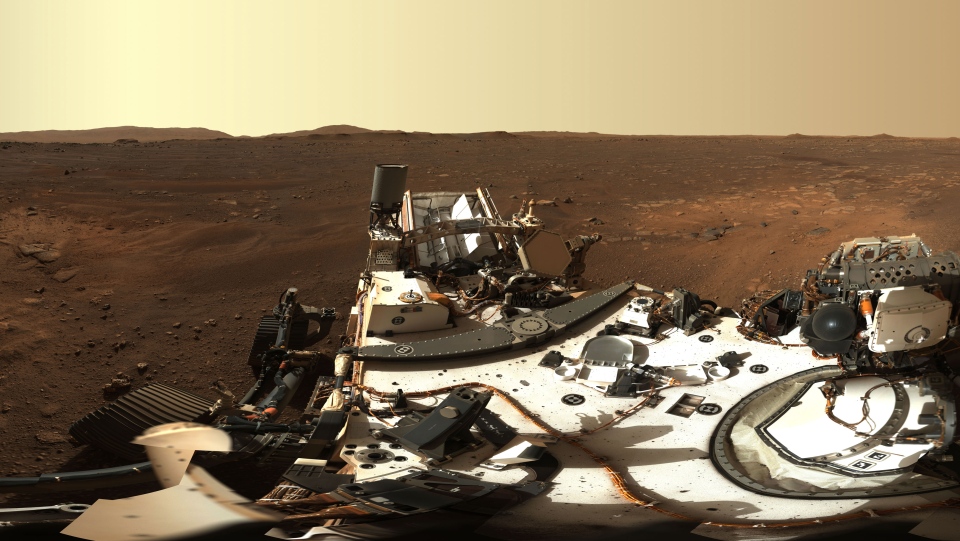 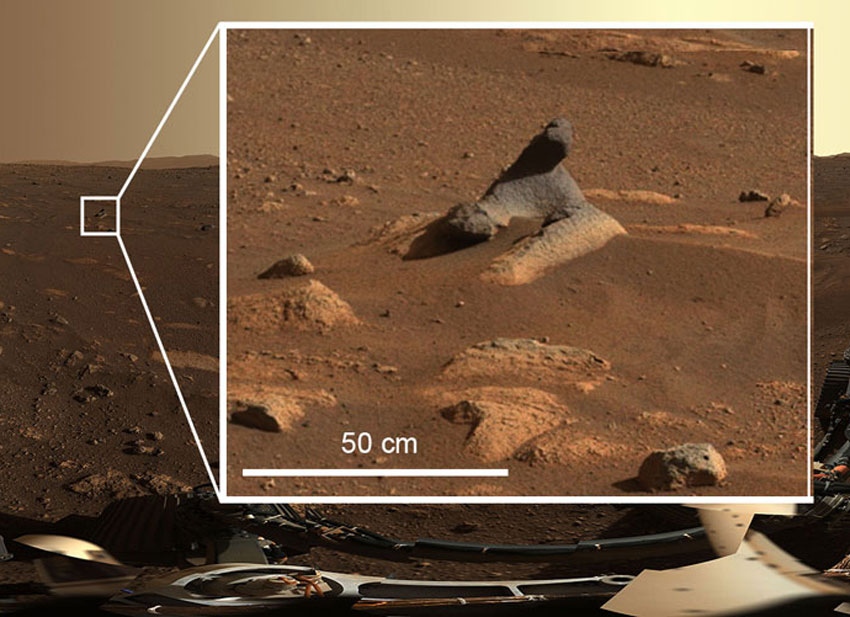 This oddly-shaped rock carved by the elements on Mars' surface was spotted near Perseverance's landing zone and is an example of the high-quality images that we can expect from the rover's cameras. (NASA/JPL-Caltech/ASU/MSSS) 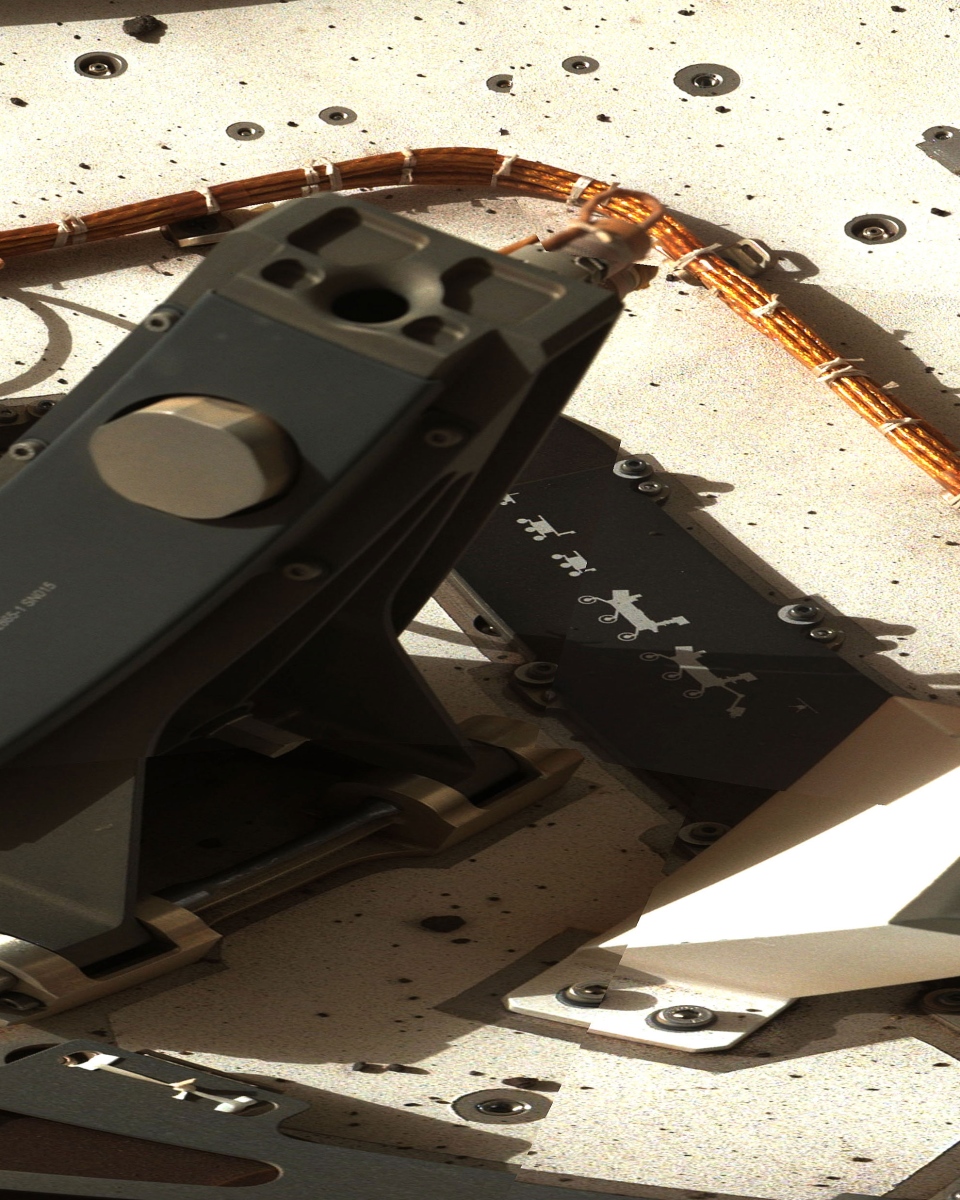 Along with loads of science instruments Perseverance is also boasting a decal showing the history of NASA's rovers on Mars. (NASA/JPL-Caltech/ASU/MSSS) 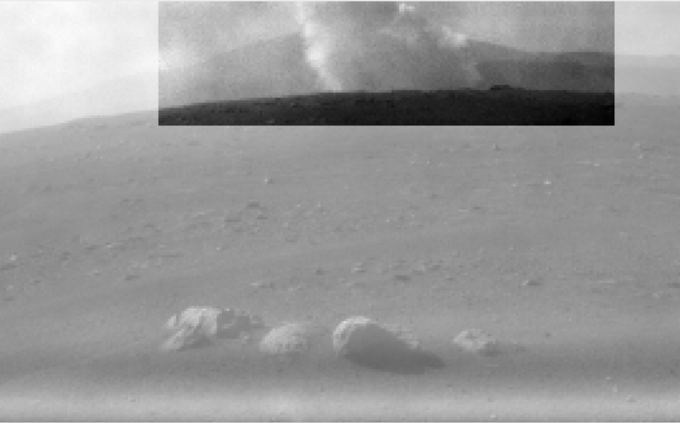 "A moment of respect for the descent stage," NASA tweeted from the Perseverance's twitter account after about a week after the landing. The image above shows a smoke plume from where the descent stage (the part of the spacecraft that lowered Perseverance gently to Mars' surface) made its "intentional surface impact." (@NASAPersevere/Twitter)