Technology gives rise to 'digisexuality,' an alternative to human partners 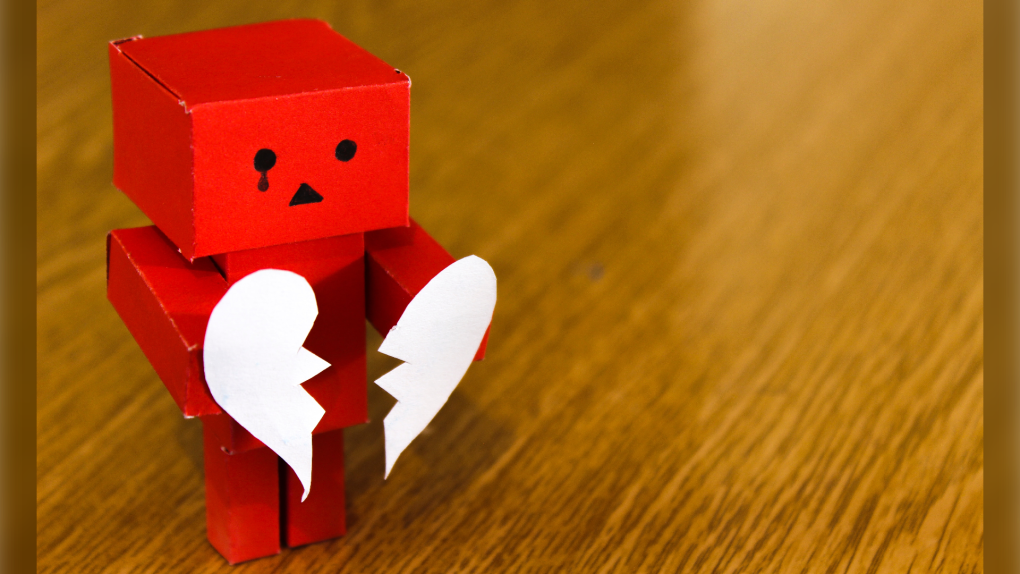 A sexual revolution is underway -- and it runs on 1s and 0s.

The digital age has rewired our love lives to allow for all kinds of screen-to-screen connections. But researchers say advanced technologies are giving rise to an emerging sexual identity, which for some could remove human partners from the romantic equation.

While it may seem like the stuff of science fiction, McArthur said the dawn of digisexuality is already upon us, and encouraged Canadians to keep an open mind in order to shape the future of these technologies.

"People already fetishize their technology, so I think they already have this kind of complicated love-hate, obsessive-repulsive relationship with technology," said McArthur.

"In a sense, I think you could say we're all digisexuals. I think there's almost nobody who doesn't use technology in some way in their relationships."

In a 2017 paper in the journal Sexual and Relationship Therapy, McArthur and co-author Markie Twist write about the widespread use of "first-wave" digisexual technologies that facilitate amorous relations among human partners, such as dating apps like Tinder or sexting sessions over Snapchat.

The academics argue that what distinguishes "second-wave" digisexual technologies is they are more immersive and intense than traditional sex toys and online pornography, offering a closer approximation to real-life sex and a plausible alternative to human partners.

While fantasies of sexbots tend to seize the popular imagination, McArthur warns that several technological hurdles remain in the development of convincing anthropomorphic androids, such as difficulty replicating human movements like walking. Still, a few companies have brought artificial intelligence-powered sex robots to market that come with mechanical heads that can engage in bedroom talk.

There have even been a handful of high-profile cases of cyber romantics who would qualify as "digisexuals," said McArthur. In 2018, a Japanese school administrator attracted international headlines for marrying a hologram, following a Chinese engineer who wedded a robot of his own creation the year prior. (Neither union has been legally recognized.)

But with these developments, we've also seen swift backlash against sexual technologies, McArthur said, and he fears moral panic will only grow more intense as more digisexuals come out of the closet.

"We go through this pattern of stigmatizing a marginal sexual identity, realizing we shouldn't have done that, feeling bad about it," he said. "Why don't we just skip that whole cycle and just not stigmatize them in the first place? Here's one where we have a chance to do that."

Canada has already seen a crackdown on sex doll rental companies. Two such establishments appear to have been shuttered in Toronto after municipal officials started investigating violations of city bylaws for adult entertainment parlours in 2018.

One of these so-called silicone brothels, Aura Dolls, tried to set up shop in the nearby suburb of Mississauga, Ont., but the proprietors are due to appear in court on Jan. 30 after the city laid charges accusing them of operating an unlicensed adult entertainment business and violating zoning regulations.

Another Canadian company, KinkySdollS, tried to open a robot bordello in Houston, but its plans were thwarted in 2018 after city officials updated a local ordinance to specifically ban individuals from having sex with an "anthropomorphic device" at a sexually oriented business.

The move aligns with the goals of the Campaign Against Sex Robots, a group fighting to ban humanoid machines, arguing they contribute to the sexual objectification of women and reinforce power relations of inequality and violence.

While he believes that sexbots will be an overall boon to society, McArthur shares skeptics' concerns about current trends in the industry that promote an "unhealthy image" of women as passive sexpots.

Not only does this betray a lack of imagination for the new kinds of sexual experiences this technology could bring, but McArthur also sees this as a missed opportunity to appeal to the biggest consumers of the multi-billion-dollar sex toy market -- women.

"You're already seeing people designing these advanced sexual technologies that are not human, that are not gendered in traditional ways."

Sex tech developers are also facing questions about how to model consent in a machine, said McArthur. As it stands, virtual reality environments have operated as a "Wild West" in terms of safety, he said, with people reporting mistreatment or even assault through haptic feedback devices.

"There are all kinds of unintended consequences that could happen with technology," said McArthur. "We need to manage the risks as they emerge."

Dube uses a variety of techniques to measure people's physiological, subjective and cognitive responses towards sexual technologies. In keeping with previous studies, the PhD student said his findings suggest there's significant interest in engaging sexually or romantically with artificial beings, with some participants describing them as their "ideal" partners.

Dube believes sexbots could help "democratize sex education" by allowing people to explore their sexuality in a controlled setting, and even help trauma victims get reacquainted with their bodies.

University of British Columbia economist Marina Adshade said there's enormous potential for sexual technologies to help alleviate loneliness among people who, for whatever reason, feel excluded from the romantic marketplace.

Adshade remains dubious that supposed digisexuals are turning down human relationships for the computerized companions available. She sees sexbots as more of a complement to human sexuality that could improve many marriages.

When searching for a spouse, Adshade said people typically look for three things: a supportive companion, a loving co-parent and a stimulating sexual partner.

As society moves towards a "build-your-own-marriage model," it's become clear that's a lot to ask of one person, said Adshade. Sexbots would give people the option to outsource their sexual needs, so they can pick the best partner to help raise a family.

Talk of sexbots tends to inspire polarized visions of human extinction or cyber utopia. But Adshade urged people to tamp down the sensationalism, because we need look no further than our current moment to see the value in grappling with the social ramifications of technological development.

"If we could go back in time to like 2002 and talk about the way that Facebook was going to affect our lives, that would have been a really, really good thing to do," said Adshade.

"Technologies that replace having a sexual partner absolutely are here, so I think it's super important to have a conversation ... about how this is going to affect our personal relationships, so we can plan."