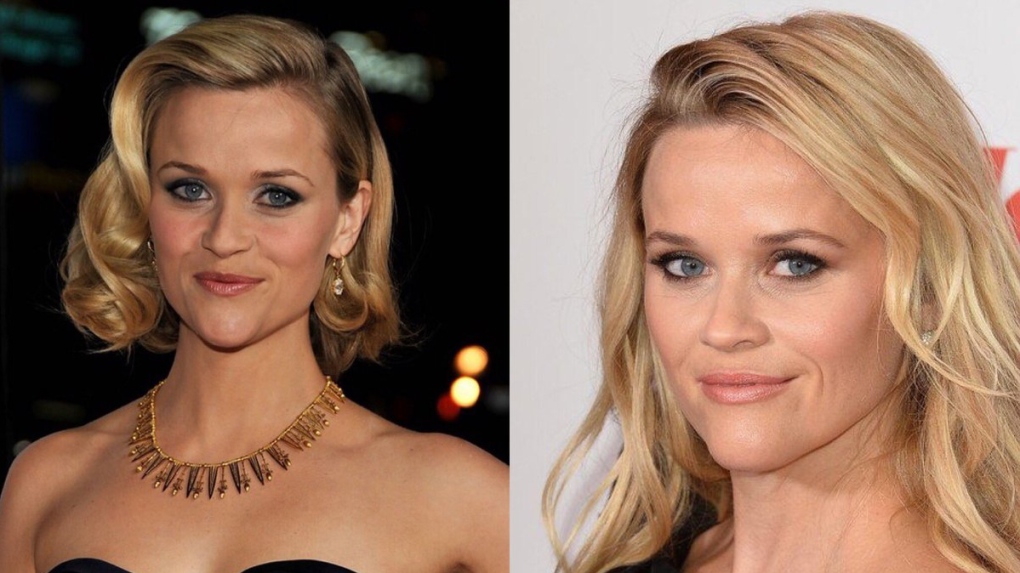 As innocuous as it may seem, the viral “10 Year Challenge” flooding social media feeds everywhere may have been created to collect large amounts of data for future facial recognition software, according to one prominent tech writer.

Although its inception is hard to pin point exactly, the so-called “10 Year Challenge” or “How Hard Did Aging Hit You” or “Glow Up Challenge” meme appears to have started picking up steam shortly after the New Year.

The “challenge” asks social media users to post side-by-side images of the first profile photo they ever shared on the social media platform (or one from approximately 10 years ago) alongside an image of themselves from the present.

Since the meme was introduced – it’s unclear by whom – it’s become wildly popular on Facebook, Instagram, and Twitter with millions of people participating in the trend.

Celebrities such as Reese Witherspoon and Jennifer Lopez shared before-and-after photos of themselves looking like they barely aged while Singapore’s Prime Minister Lee Hsien Loong uploaded images of himself poking fun at how grey his hair had become in the past 10 years.

Time sure does fly when you are having fun!! #10YearChallenge pic.twitter.com/gruONFaDDn

#10YearChallenge: I kid myself that not much has changed after 10 yrs, other than my hair colour & hair line! My hair is greyer & thinner, but I’m still enjoying what I do. :) – LHL https://t.co/JXpgLH9Y93 pic.twitter.com/e8HbbBVsVM

“Me 10 years ago: probably would have played along with the profile picture aging meme going around on Facebook and Instagram,” she wrote. “Me now: ponders how all this data could be mined to train facial recognition algorithms on age progression and age recognition.”

In a follow-up opinion piece published by WIRED magazine, O’Neill elaborated on her theory. She proposed a scenario in which someone was attempting to train a facial recognition algorithm on age-related characteristics and age progression.

“Ideally, you'd want a broad and rigorous dataset with lots of people's pictures. It would help if you knew they were taken a fixed number of years apart—say, 10 years,” she said.

O’Neill acknowledged many of the images were already on Facebook, but it would be difficult to know exactly when the photos were taken.

Enter the 10 Year Challenge meme – the perfect source, according to O’Neill, because users have helpfully provided dates and context for the photos to provide a “clean, simple, helpfully labeled set of then-and-now photos.”

Brenda McPhail, the director of the Privacy, Technology, and Surveillance Project for the Canadian Civil Liberties Association, said she suspects most people share photos of themselves without thinking of the potential consequences.

“I’m sure most people when they post that 10 Year Challenge, they’re like ‘Oh, I’m posting this so my friends can get a laugh at how big my hair was 10 years ago and they’re not thinking beyond that,” she told CTVNews.ca on Friday.

“Whether or not this would be used for facial recognition and age progression algorithms, it could be and we need to start thinking about what the potential uses of our information could be before we share it willy nilly.”

O’Neill didn’t suggest Facebook was behind the meme and proposed a third-party invested in facial recognition data could have introduced the social media challenge.

For its part, Facebook has denied orchestrating the 10 Year Challenge.

“The 10 year challenge is a user-generated meme that started on its own, without our involvement,” the social media giant wrote on Twitter. “It’s evidence of the fun people have on Facebook, and that’s it.”

The 10 year challenge is a user-generated meme that started on its own, without our involvement. It’s evidence of the fun people have on Facebook, and that’s it.

Tom Keenan, a professor of environmental design at the University of Calgary and a fellow of the Canadian Global Affairs Institute, said he doesn’t think Facebook wouldn’t really need to create this meme challenge because it already has access to time-stamped photos of its users. The author of the book “Technocreep” said O’Neill makes a good point that the 10 Year Challenge could have been orchestrated by someone looking to collect data because the source of the meme remains unknown.

In terms of the possible consequences for this kind of mass data collection, O’Neill said it could be used for good, such as technology to identify children missing for a long time, or for more mundane purposes, such as targeted advertising.

However, she also said it has the potential to be used for “genuinely creepy” reasons, such as to assess a person’s eligibility for health insurance.

McPhail said the possible repercussions O’Neill proposed is helpful in reminding people to think about how their information is used and who might have a vested interest in collecting it.

“We need to start having a serious conversation about what it means for information to be public and what kinds of information that goes online in the course of living our daily lives should be up for grabs for other people to use and process, not just see,” she said.

Although O’Neill said it’s not necessarily dangerous for users to participate in the meme challenge, she also suggested it should remind people to think about their personal data and how it’s being shared.

“Regardless of the origin or intent behind this meme, we must all become savvier about the data we create and share, the access we grant to it, and the implications for its use,” O’Neill warned.

Keenan, too, said he thinks people definitely need to be aware, especially if they’re posting photos of their faces and their children’s faces.

“Everyone needs to weigh the benefit against the risks, as is true with every technology,” he said. “I am always suspicious of things that ask for photos since "your face is your fortune" in that it's undeniably you and it’s used for ID.”