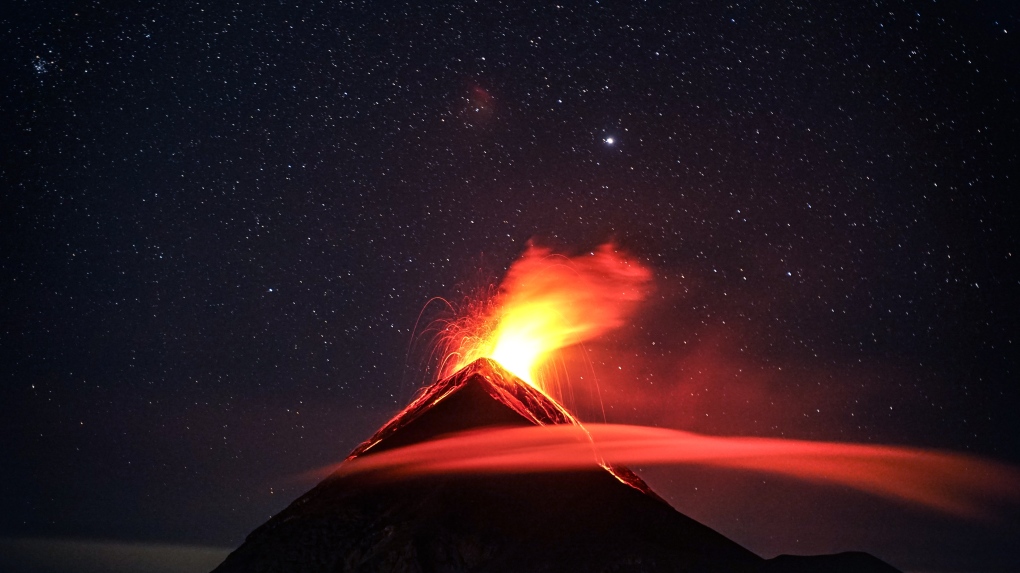 The Earth's mantle, which is the layer between the core and surface of the planet, hosts signatures of solar-type helium and neon gases and had previously been observed by researchers examining volcanic rocks. A new study offers evidence that the solar gases in the mantle originate from gases from solar winds within the Earth's core. (Pexels)

TORONTO -- There are traces of the sun, deep within our Earth's core.

Researchers at Heidelberg University in Germany have found evidence of particles from solar winds that were encased within the Earth's core over 4.5 billion years ago.

As described in their paper published in Nature Research's Communications Earth & Environment, the researchers examined the Washington County iron meteorite, which is a meteorite discovered in its namesake county in Colorado nearly a century ago.

Given that it's impossible to dig into the actual core of the Earth itself, researchers rely on iron meteorites like the Washington County one as analogues to what the deep interior of the Earth would be like. These meteorites are generally fragments from the interior of asteroids that were formed during the first few million years after the formation of our solar system.

Using gas extraction technology that involved heating samples of the meteorite up to 2000 degrees Celsius, the researchers were able to extract solar noble gases from within it. The noble gases that the research team found were isotopes of helium and neon that are typically found in solar winds.

"The measurements had to be extraordinarily accurate and precise to differentiate the solar signatures from the dominant cosmogenic noble gases and atmospheric contamination," said study author Dr. Manfred Vogt in a news release.

The Earth's mantle, which is the layer between the core and surface of the planet, also hosts signatures of solar-type helium and neon gases and had previously been observed by researchers examining volcanic rocks. This study offers evidence that the solar gases in the mantle originate from the core.

"We always wondered why such different gas signatures could exist at all in a slowly albeit constantly convecting mantle,” said Dr. Mario Trieloff, who led the research team, in the news release.​