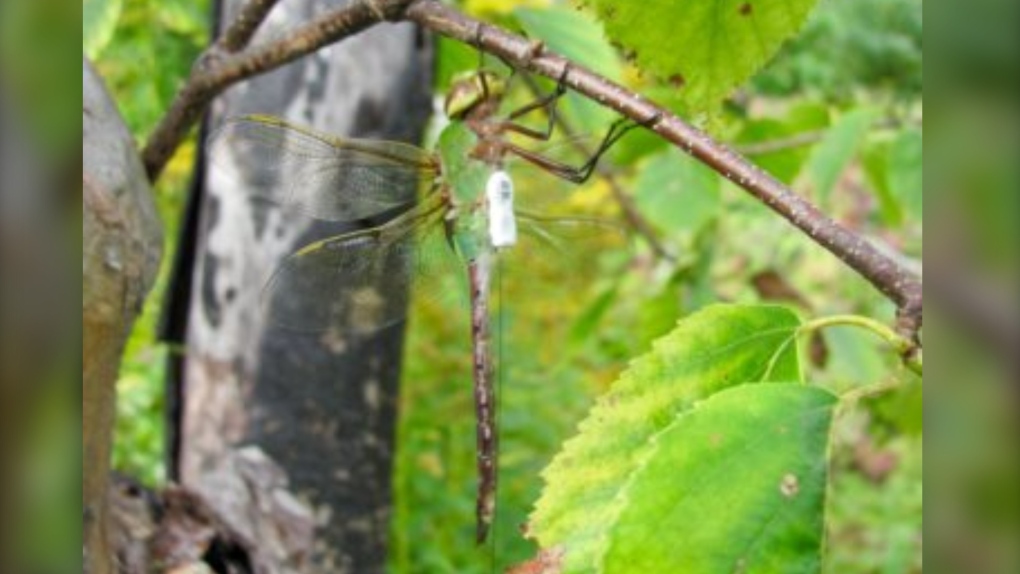 Scientists glued tiny fanny packs onto bugs and found that wind and warm temperatures improved their migration speeds, according to a new study. (Grace Pitman/ University of Guelph)

Scientists put tiny radio-transmitting fanny packs onto bugs and found that wind and warm temperatures improved their migration travel times, according to a new study.

The devices weighed as much as a raindrop -- or half of the bugs’ body weight.

University of Guelph biologists said this was the first-ever, radio-tracking study of its kind.

The insects were captured on Ontario’s Bruce Peninsula in the autumn of 2015 and 2016 and transmitters were carefully glued to their undersides.

The research, published in the scientific journal Biology Letters, explained wind and temperature helped improve travel time as they travelled across their breeding and wintering grounds.

But if it got too hot, the bugs actually slowed down, so climate change could affect their migration, the team said.

Flying insects, such as butterflies, are crucial in pollinating crops and maintaining balance in ecosystems.

But insect populations are declining due to habitat loss, land use changes and climate change, study’s lead author Samantha Knight.

In a press release, she explained “some 40 per cent of insect species risk extinction, yet we know little about what happens to organisms when they migrate.”

The team said this information will help in conservation efforts.

Her team wanted to determine the challenges these insects face travelling and Knight, who is also a program manager at the Nature Conservancy of Canada, said they were able to document findings “no one had ever done before.”

Study co-author Ryan Norris said they were astonished by the speed of one particular dragonfly which flew nearly five times faster than the average one.

“If a darner (dragonfly) was flying through a town, a cop would pull it over,” he told The Canadian Press. On average, the darners they tracked flew about 16 km/h and the monarchs flew about 12 km/h.

He also said insects are likely to fly high in the atmosphere to take advantage of the wind. “There are insects flying over our heads all the time and we don’t know it,” Norris said.

But he suggested the insects would have flown even faster if the fanny packs weren’t weighing them down.