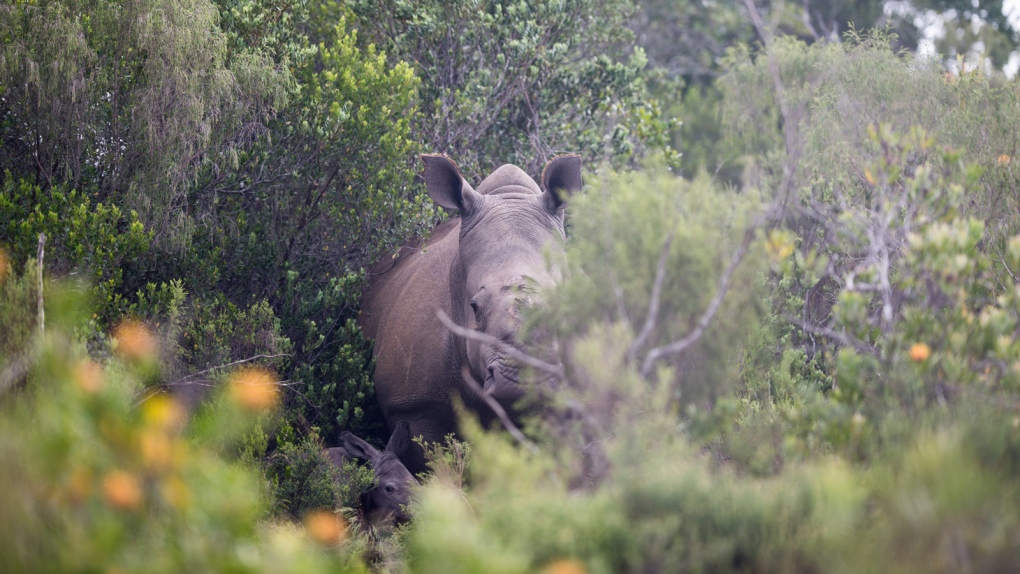 JOHANNESBURG, South Africa -- Thandi the rhinoceros was left for dead by poachers nearly three years ago, meant to be among the 600 rhino killed in South Africa in 2012. She beat the odds, and after a slow recovery, has given birth to a healthy calf, game reserve managers announced Wednesday.

The calf's birth on Tuesday morning is being celebrated as the rhino population is under pressure from poaching. Rhinos are an endangered species hunted for their horn, as demand increases in some parts of Asia. More than 1,000 rhino were killed last year in South Africa, which houses the world's largest remaining rhino population, according to government statistics.

As soon as the calf could walk, Thandi led the newborn deeper into a now cordoned off area of the Kariega game reserve in the country's Eastern Cape province, said representative Bronwen d'Oliveira.

It took Thandi a long time to trust humans again after poachers hacked off her horn and left her to bleed to death along with two male rhinos in March 2012, said d'Oliveira. One of the males died immediately, while the other only survived for several weeks, she said.

"She was found in a pool of her own blood," she told the Associated Press.

Thandi, whose name means "to be loved" in the isiXhosa language, went through nearly three years of recovery, which included four skin graft procedures, said d'Oliveira.

Now, the mother and calf are doing well, according to the rhino's veterinarian William Fowlds, who observed the pair from a short distance, the game reserve said in a statement. The calf has not yet been named and its sex is still unknown.

The reserve is doing everything it can to protect the mother, calf and the remaining rhinos in the park, d'Oliveira said. The Kariega game reserve has appointed a rhino protection unit, security workers dedicating to guarding the animals, and each rhino wears a tracking device.

The reserve has also removed the animals' horns, a controversial decision because researchers have not yet determined the effects on the rhino.

"We would prefer them alive," said d'Oliveira.