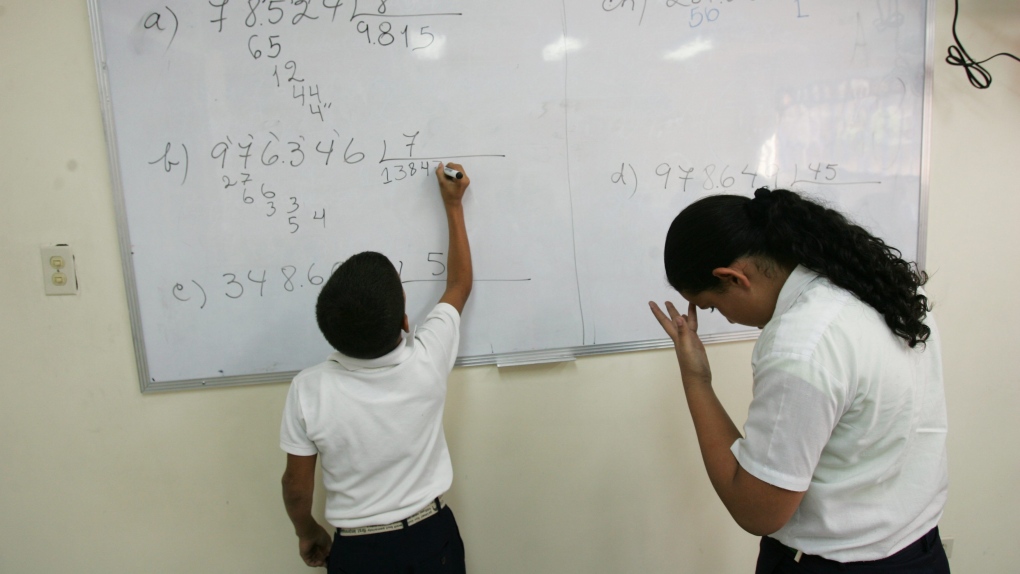 Researchers say the fear of math can cause physical pain. (AP / Leslie Mazoch)

For those who sat through math avoiding eye contact with the teacher and riddled with the anxiety of being called upon to solve a math problem, there’s now proof as to why that experience was such a painful one.

Researchers at the University of Chicago have discovered fear of math can be considered actually painful, as the anxiety alone activates parts of the brain linked to physical pain and threat detection.

But if you think arithmetic is causing you aches, it’s a bit more than that. The research shows it’s the anticipation of facing a math problem that creates this reaction -- not the performance of the math task itself.

And the more an individual fears math, the more brain activity is increased.

To chart the results, the researchers screened participants using a “math-anxiety scale.” Subjects were asked how anxious they’d feel based on 25 math-related situations, from “walking to math class” through to “opening a book and seeing a full page of problems.”

Each participant completed both word and math-based tasks while brain activity was being measured. Before each task, the individuals were cued as to which subject the next question would cover.

Using MRI data, the researchers found that brain activity in the region associated with physical pain was much great in HMA’s.

“When anticipating an upcoming math-task, the higher one’s math anxiety, the more one increases activity in regions associated with bodily threat detection and the experience of visceral pain itself,” the study notes. “Given our findings were specific to cue-activity, it is not that math itself hurts; rather, merely the anticipation of math is painful.”

The researchers note that previous studies have shown other forms of psychological stress such as social rejection or difficult break-ups, are also linked to feelings of physical pain. But this study is different in that it shows a pain response associated with the mere anticipation of an unpleasant event.

And so it comes as no surprise, the researchers say, that people who experience math anxiety avoid math-related careers and situations.

The study is published in the online publication PLO’s ONE.