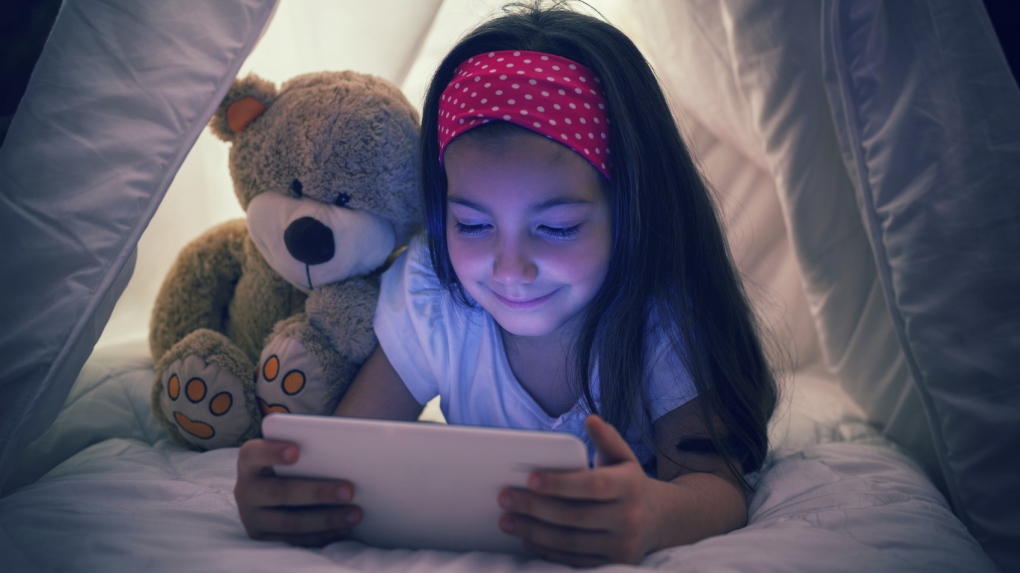 A new study suggests that young children who spend too much time in front of screens could experience behavioural and attention-related problems.

The research looked at more than 2,400 families and compared children who got at least two hours of daily screen time to those who had less than 30 minutes per day.

Kids who spent more of their day in front of screens were five times more likely to exhibit clinically significant "externalizing" behavioural problems such as inattention. They were also more than seven times more likely to meet the criteria for attention deficit hyperactivity disorder, but without aggression.

University of Alberta pediatrics professor Piush Mandhane, who led the study, says screen time was associated with problems more than any other risk factor considered, including sleep, parenting stress, and socioeconomic factors.

He suggests that current Canadian guidelines should be far less than the suggested one hour a day limit for preschoolers and the two hours a day limit for five-year-olds.

The findings were published today in the journal PLOS One.

The study also found that children who fell short of the recommended 10-hours-a-day sleep guidelines were at increased risk for behavioural issues.

But those who had more than two hours a week of organized sport were at decreased risk.

"Interestingly, it wasn't physical activity on its own that was protective; the activity needed to have structure," Mandhane said in a release.

"And the more time children spent doing organized sports, the less likely they were to exhibit behavioural problems."

The study did not look at screen content or screen type, such as television, computer, or tablet.

The research used data from the CHILD Cohort Study, a national birth cohort study collecting a range of health, lifestyle, and genetic information from nearly 3,500 children and their families from pregnancy to adolescence.