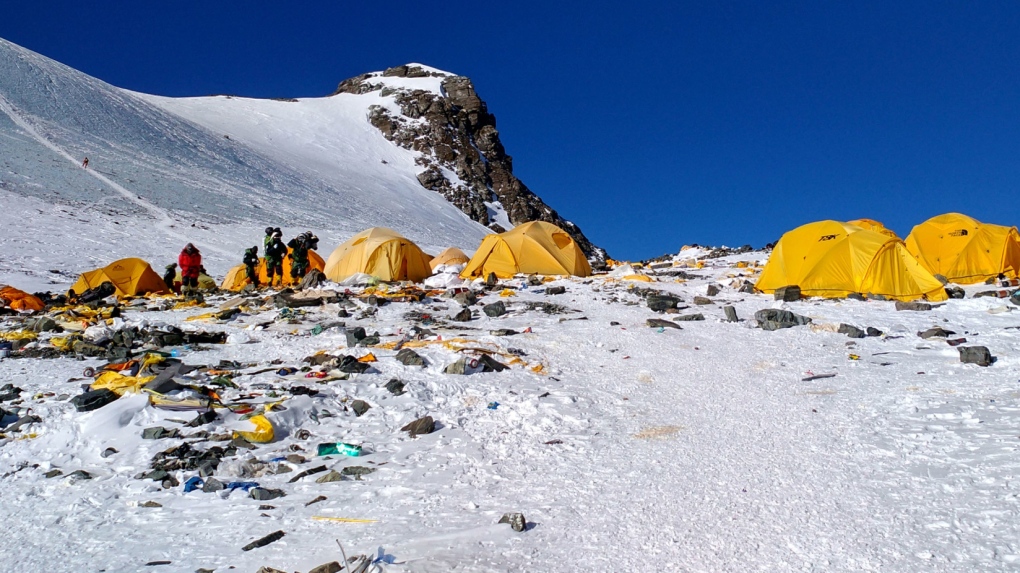 Decades of commercial mountaineering have turned the mountain into the world's highest rubbish dump as an increasing number of big-spending climbers pay little attention to the ugly footprint they leave behind.

"We take pride in Mount Everest but we are often accused of not being able to clean it... We have now come together to clean the mountain," said Dandu Raj Ghimire, chief of Nepal's tourism department.

The government has joined hands with mountaineering associations, the army and local organisations to coordinate the clean-up effort.

Eight members will then ascend to Camp 2 at 6,400 metres and teams of three will take turns to go up to Camp 4 at 7,950 metres, where they will spend 15 days litter-picking on the snowy slopes.

Climbers and high altitude workers will be given incentives to bring back the bundled trash down to the base camp and the recyclables will be airlifted to the capital.

"This is the first time the government has taken initiative to clean the mountain... but it can't be done in just one year. We have to continue this," said Santa Bir Sherpa of the Nepal Mountaineering Association.

Six years ago, Nepal implemented a US$4,000 rubbish deposit per team that would be refunded if each climber brought down at least eight kilograms (18 pounds) of waste, but only half of the climbers return with their trash.

In February, China banned non-climbers from accessing its Everest base camp in Tibet in an attempt to clean up its side of the mountain.

Over 4,000 people have climbed Everest so far, and last year saw a record 807 climbers reach the summit.

Melting glaciers caused by global warming are exposing bodies and trash that have accumulated on the mountain since Edmund Hillary and Tenzing Norgay made the first successful summit 66 years ago.

Environmentalists are also concerned that the pollution on Everest is also affecting water sources down in the valley.