Monarch butterfly population in decline due to loss of milkweed crops: study 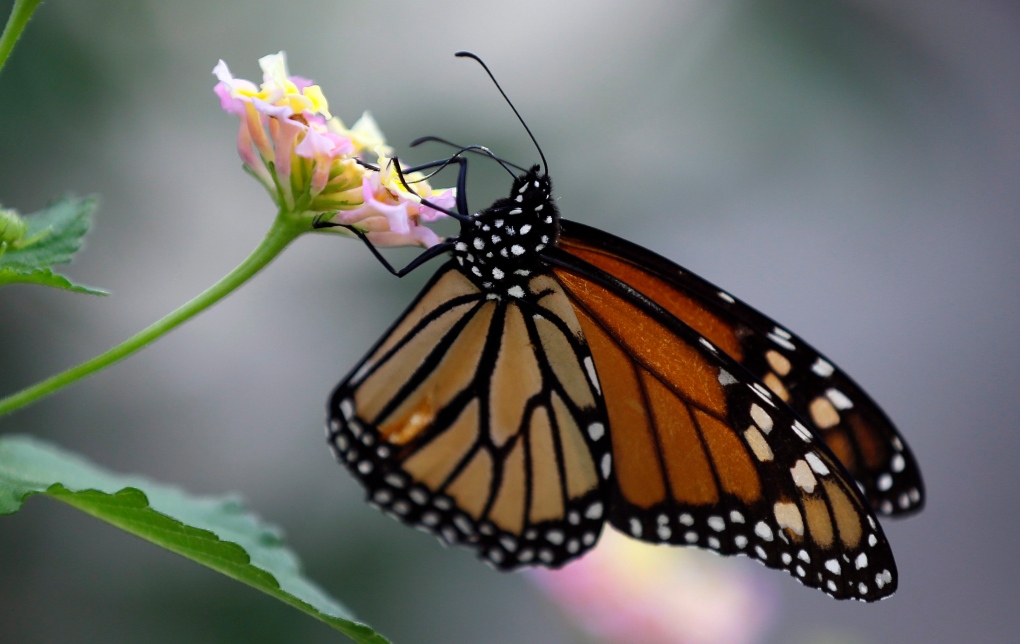 New research suggests the sharp decline in the monarch butterfly population in eastern North America is due largely to the loss of milkweed crops in their breeding grounds.

Scientists at the University of Guelph say they picked apart the factors linked to the population drop and determined the lack of milkweed plants is harming the species.

Ryan Norris co-wrote the report and says it provides the first evidence that monarch numbers are most sensitive to changes in the availability of milkweed.

He says that is being felt most in the Corn Belt region of the United States and other agricultural areas that are using herbicides to wipe out milkweed.

The distinct orange and black butterflies feed and lay their eggs on the plants, which declined 21 per cent between 1995 and 2013 mainly in their breeding area.

Norris says the findings contradict earlier beliefs that the population was dropping due to changes in the butterflies wintering Mexican grounds.

Using a mathematical model, Norris says milkweed loss will cause the monarch population to decline by at least another 14 per cent over the next 100 years.