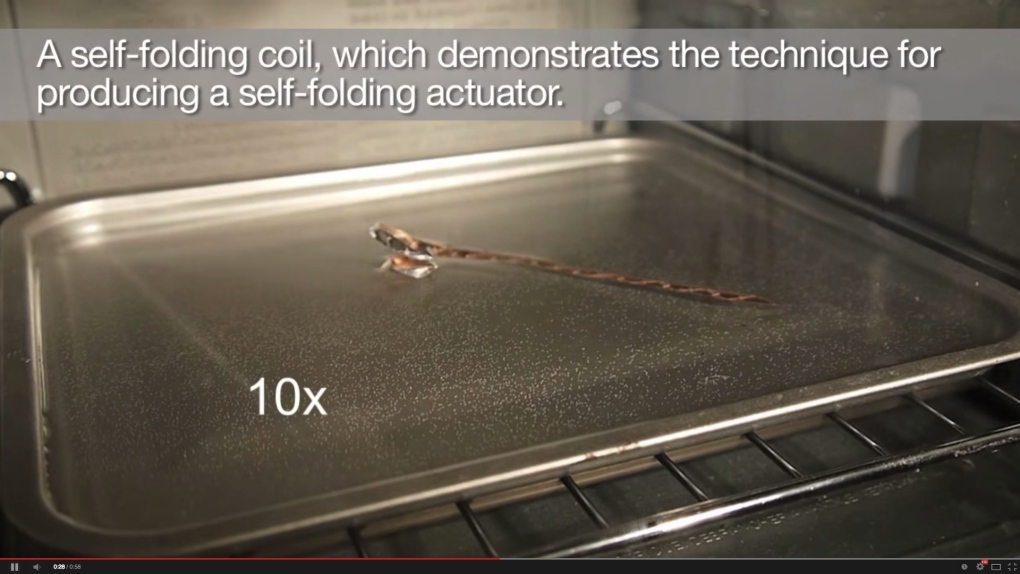 A 'bake your own robot' demonstration is pictured in this video screenshot. (YouTube)

(Relaxnews) - A robot made of printable components that self-assemble when "baked" has been developed by researchers at the Massachusets Institute of Technology (MIT).

The work of MIT Professor of Electrical Engineering and Computer Science Daniela Rus, the baked robots work on the principles of origami to unfold.

The mechanical parts include a self-folding strain sensor, which varies electric current passing through it when compressed, and a self-folding actuator.

As the parts fold and contract during the heating process, they pull the components together to create a finished robot, working as electromechanical muscles.

The concept was unveiled at the IEEE International Conference on Robotics and Automation in Hong Kong earlier this month.