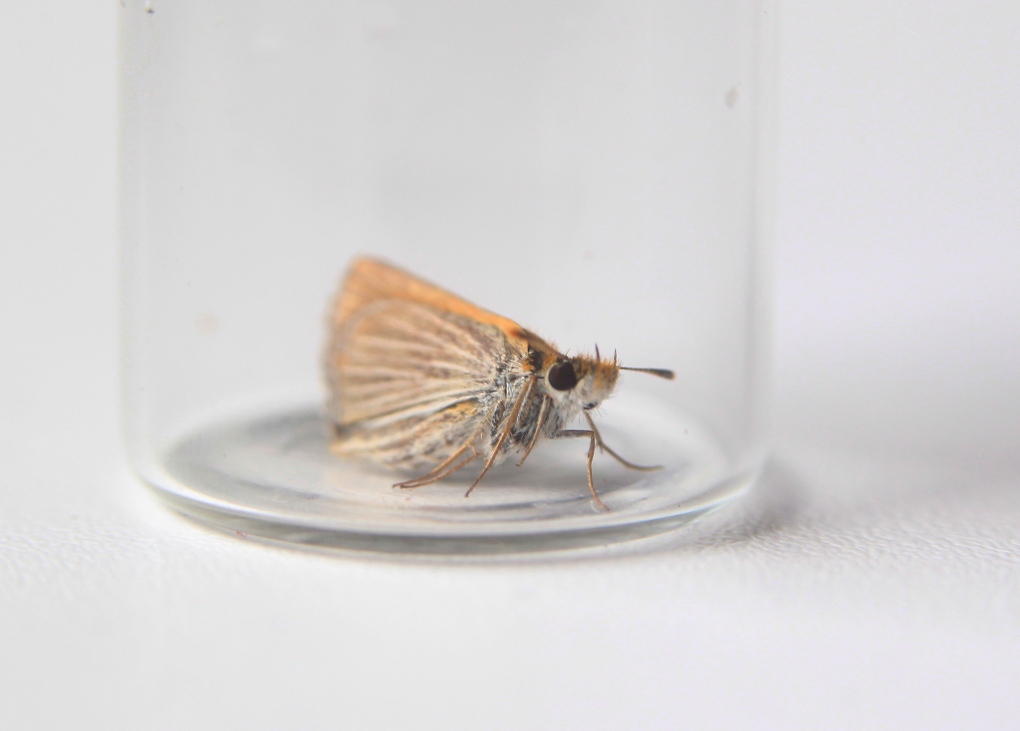 An endangered prairie butterfly is shown in a vial near in Manitoba, July 12, 2013. (Nature Conservancy of Canada / Mike Dembeck)

WINNIPEG -- The rapid decline of a once-common prairie butterfly is being called the canary in a coal mine of climate change.

Researchers from Canada and the United States are coming together to try to save the brown butterfly, known as the poweshiek (POW'-sheek) skipperling.

There are less than 200 left in Canada, most of them in Manitoba.

Cary Hamel with the Nature Conservancy of Canada says the butterflies was once so plentiful researchers didn't even bother to count them.

He says the butterfly's decline is a sign the prairie grass ecosystem is at risk.

Richard Westwood with the University of Winnipeg is cautiously optimistic the butterfly's population can be rebuilt and the exact cause of its decline pinpointed.