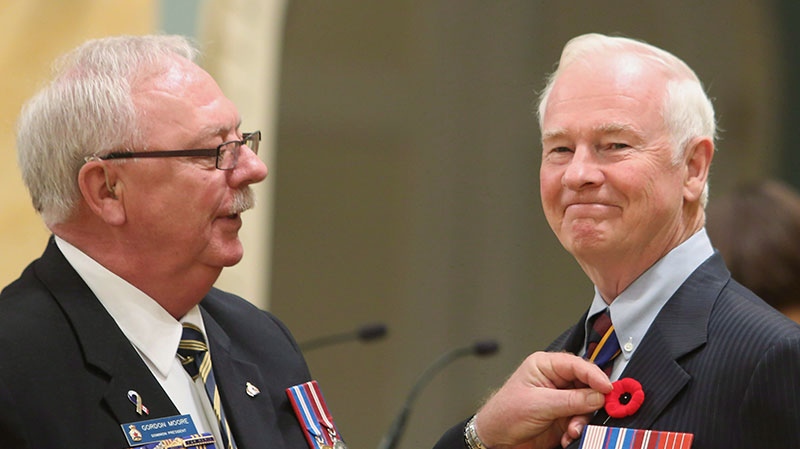 OTTAWA -- The Conservative government is facing a revolt among veterans groups for claiming it is not bound by the promises of previous governments in the care of wounded soldiers.

The Royal Canadian Legion is describing the government's position as "reprehensible."

The government, which intends to defend against a class-action lawsuit by veterans of the war in Afghanistan, says it's unfair to bind current and future governments to promises that date back to the First World War.

Just before the Battle of Vimy Ridge in April 1917, then-prime minister Robert Borden said it was the government's "first duty" to acknowledge the sacrifices of soldiers and ensure care for the wounded.

Gordon Moore, the legion's Dominion president, says the Conservative government is trying to shed its decades-old moral commitment to troops who defend the country -- something that could affect future conflicts.

Moore says care varies widely between regular force and reserve veterans in Canada, which is why the legion is pushing for a universal standard for the wounded and injured.