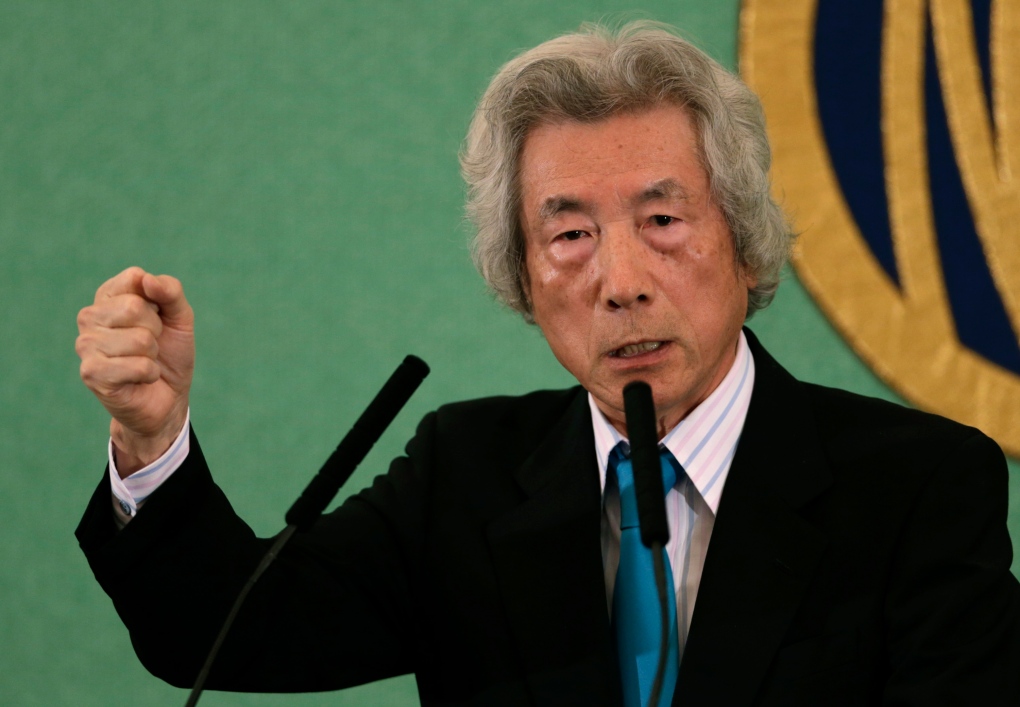 TOKYO -- Japan's flagging anti-nuclear movement is getting a boost from two former prime ministers who are calling for atomic power to be phased out following the Fukushima disaster.

Former Prime Minister Junichiro Koizumi said Tuesday that the current prime minister, Shinzo Abe, should take advantage of his high public support and sway in parliament to "do the right thing."

"Prime Minister Abe should use the power given to him to do what the majority of the people want," Koizumi said in a speech at the Japan Press Club. "It can be achieved. Why miss this chance?"

Koizumi said that with Japan's nuclear plants all offline for safety checks it would be easiest to begin the phase-out soon.

Abe favours restarting the nuclear plants under safety guidelines revised after multiple meltdowns in Fukushima following the March 2011 earthquake and tsunami, contending that resource-scarce Japan cannot afford not to. His government is drawing up a national energy policy that will likely reverse a commitment by the previous government to phase out nuclear power over the next two decades.

Polls have shown the majority of the public, jittery over radiation risks, prefers to shift away from the nuclear plants that provided nearly a third of Japan's power generation capacity before the accident at the Fukushima Dai-Ichi nuclear plant, the worst since the Chornobyl disaster in 1986.

Even within Abe's Liberal Democratic Party, opinions over the future for nuclear power are divided.

Japan's rapid turnover in leadership over the past two decades means there are plenty of former prime ministers. At least three, including Koizumi, have said they support ending use of nuclear power.

Their support could help reinvigorate the anti-nuclear movement, which has lost some of its vitality nearly three years after the Fukushima accident.

Another former prime minister, Morihiro Hosokawa, said in an interview published in the Tokyo Shimbun on Tuesday that he also favours an end to reliance on nuclear power.

Experts have questioned whether earthquake-prone Japan can safely store nuclear waste under any scenario.

"I think it is too optimistic and irresponsible to assume we can find a final radioactive waste storage site in Japan, after the accident," he said.

Even burying it underground for 100,000 years could expose future generations to harmful radiation, he said.

"What language should we use to convey the hazards to those people in the future?" he said.

The government has been stepping up help for the operator of the Fukushima plant, Tokyo Electric Power Co., as it cleans up radiation leaks and begins the long process of decommissioning the crippled plant.

The Liberal Democrats and their coalition partners on Monday recommended increased funding for decontamination of areas where residents, tens of thousands of whom have been evacuated due to radiation worries, would be most likely able to return home.

The report also urged the government to build a temporary burial site to store nuclear waste from the cleanup for up to 30 years, until a permanent storage site is ready.

"The government will present a detailed reconstruction blueprint, as we must do more to help rebuild the lives of the people who were affected by the disaster," Abe said.